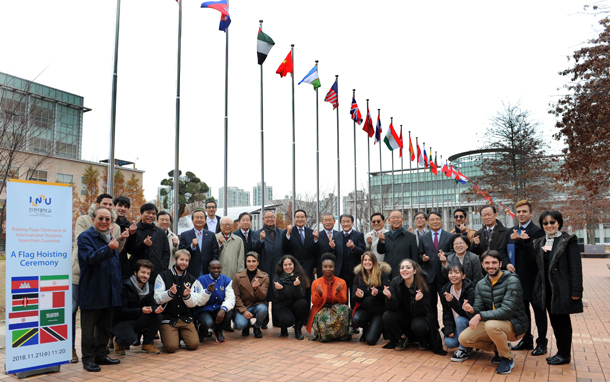 At the Songdo Campus of Incheon National University on Wednesday, 13 honorary consuls and dozens of international students pose for a group photo after attending a ceremony to hoist eight national flags, which symbolize newcomers from eight countries, to the university. The eight international students were admitted to the university through recommendations from honorary consuls. [THE CORPS OF HONORARY CONSULS IN KOREA]