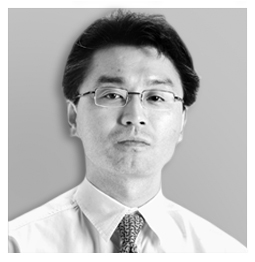 We wonder how indebted the Moon Jae-in administration is to the Korean Confederation of Trade Unions (KCTU), as it is extremely intimidated by the umbrella union. We wonder about the background of the union’s arrogance, as it has not held back in insulting the administration, even comparing it to a barking dog.

We wonder if the administration is only capable of maintaining its power by pleasing the union. We wonder who has given the union such absolute power, as it is acting above the law when it feels unsatisfactory. Anyone living in Korea probably shares these questions these days.

A member of the labor community recently made a pointed remark. “The Moon administration and the Democratic Party picked up the presidency on the streets free of charge because of the candlelight protests. The protests led to the change in the administration, and the KCTU was the leader of the protests,” he said.

This logic points to the administration’s debt to the candlelight protests. “The Democratic Party must think seriously about how it was able to become the ruling party,” said Kim Myung-hwan, head of the umbrella union, and his remark is a blunt threat.

He is insinuating that all the 15 million participants of the protests, which began in October 2016 and ended in March 2017 with the impeachment of President Park Geun-hye, were not all passionate, innocent people. 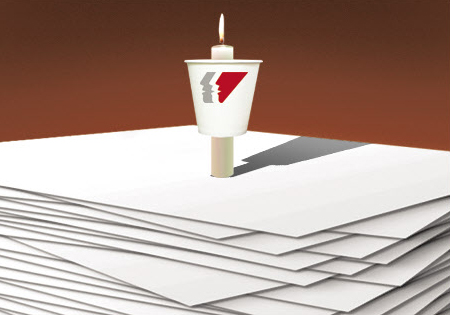 Let us recall what happened two years ago. The moment when the protest became a nationwide movement to demand Park’s removal was a demonstration at the Seoul’s Cheonggye Plaza on Oct. 29, 2016. The first candlelight protest of 30,000 people was led by the KCTU’s protest headquarters, and it lit a the fuse of candlelight protests that continued over the next few months.

Since then, the umbrella union led 20 massive rallies on weekends by cooperating with an alliance of civic groups, contributing largely to end the Park presidency. “The Korean Confederation of Trade Unions’ manpower, organizational power and money fuel the protests,” said an organizer of the protests.

The Moon administration declared that it was created by the candlelight protests. Its legitimacy comes from the people’s sentiment. Therefore, the KCTU, which led the protests, can be considered a key contributor to the success of the Moon campaign.
It is demanding that the Blue House feel indebted to it. This is the process of the claim-obligation relationship surrounding the candlelight protests.

The Moon administration’s slogan of a “society that respects labor” is its way of paying off its debt to the union. After he took office, Moon made his first visit to Incheon International Airport and declared that there will be no longer be any irregular workers at public enterprises.

He continued to pay the debt with his labor-friendly policies, such as increasing the minimum wage, rehiring laid-off workers of Ssangyong Motor and KTX, and introducing the 52-hour workweek.

He went further to please the labor community with plans to allow laid-off workers to join unions and legalize the Korean Teachers and Education Workers Union. But the KCTU went ahead and staged the general strike on Wednesday to pressure the administration to pay even more debts. Although it justified the strikes, their true intention was to tame the president.

The trauma involving the KCTU probably triggered an excessive sense of indebtedness. In his autobiography, Moon said he lost ten teeth because of stress during his negotiation with the labor community as the senior civil affairs secretary in 2003, the first year of the Roh Moo-hyun presidency.

At the time, unionized truckers and railway workers staged one strike after another, and the Roh administration and the KCTU confronted each other over major issues, including a plan to dispatch troops to Iraq.

Roh lamented that “It is impossible for me to work as the president,” and the KCTU complained that “an inexperienced Roh is killing the workers.”

After the bickering, the two parted ways. After this, Roh’s approval rating plummeted, and his hold on power was shaken. Moon’s fears of the past repeating itself appear to be fueling Moon’s sense of indebtedness.

It is unprecedented to see an argument over a claim-obligation relationship over the presidency that does not involve money deals between two individuals. The Korean Confederation of Trade Unions does not represent all the candlelight protesters.

Even if they had not participated, there was no way to stop the movement. During the last presidential election, the umbrella union did not support Moon. This means Moon is not politically indebted to them.

According to reports about the organizer of the candlelight protests, it received 3.9 billion won ($3.5 million) in contributions during the protest period.

Of the money, the largest sum, 1.8 billion won came from the donations by participants of the rallies. The rest were money wires and payments by participating organizations.

Of the 3.9 billion won, 2.8 billion won was spent to build rally stages, create banners and buy candles and cups.

This money was largely provided by ordinary people, and there was no reason to receive financial support from the KCTU. Unless there is a secret agreement, the government has paid enough debt to the union so far.

In fact, the administration must feel indebted to all the people. Ordinary citizens who are barely making ends meet, youngsters suffering from the job crisis and struggling small business owners were all candlelight protesters. They are now disappointed. The check for the candlelight protests is a framework to justify a country that only serves the KCTU.

The umbrella union is nothing more than aristocracy of a few workers who are already in the establishment.

Unless the administration publicly ends the claim-obligation relationship with the confederation, it will fall deeper into the trap. We must stop the KCTU now before it gobbles up the Moon administration.