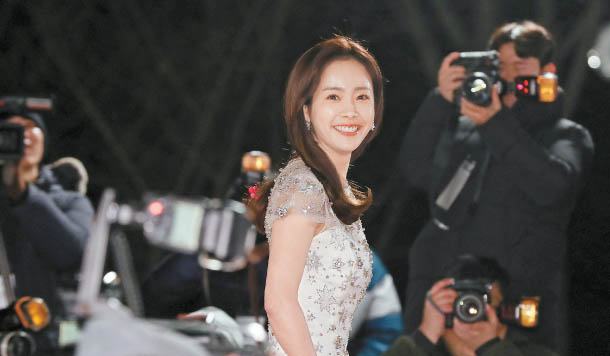 Director Jang Joon-hwan’s period epic “1987: When the Day Comes” won Best Picture at the 39th Blue Dragon Awards, which was hosted by actors Kim Hye-soo and Yoo Yeon-seok at the Grand Peace Hall of Kyung Hee University, eastern Seoul, on the evening of Nov. 23.

Based on a real events in the June Democratic Movement, the movie vied for 10 awards at the prestigious film event, and went home with three, including Best Actor for Kim Yoon-seok and Best Cinematography and Lighting for Kim Seung-kyu and Kim Woo-young.

“I am truly grateful to the seven million audience members who supported the movie,” said Jang in his acceptance speech. “I also want to express my gratitude towards the families of the patriotic martyrs for democracy, [who were depicted in the movie].”

Other award winners include Yoon Jong-bin, who received Best Director for “The Spy Gone North,” which tells the true story of a former South Korean military officer who was recruited in 1993 by the National Intelligence Service to infiltrate North Korea, and Han Ji-min, who was named Best Actress for her role in “Miss Baek,” which explores child abuse through the eyes of a socially excluded character portrayed by Han.

“Whenever I face a moment of hesitation or fear about [continuing my] acting [career], I will always think about this award,” Han said in an acceptance speech with tear-filled eyes.

Best Supporting Actress went to Kim Hyang-gi for her role in the webtoon-based fantasy blockbuster “Along With the Gods: the Two Worlds” and Best Supporting Actor was won by Kim Joo-hyuk for “The Great Battle,” about an epic battle between a general from the Goguryeo Dynasty (37 B.C. ? A.D. 668) against half a million men from the Tang Dynasty.

Apart from handing out awards, the ceremony paid respects to actor Shin Sung-il, who died earlier this month from lung cancer, and Kim Joo-hyuk, who died in a car accident in October. Kim was named Best Supporting Actor for his performance as the villain in crime action film “Believer.”