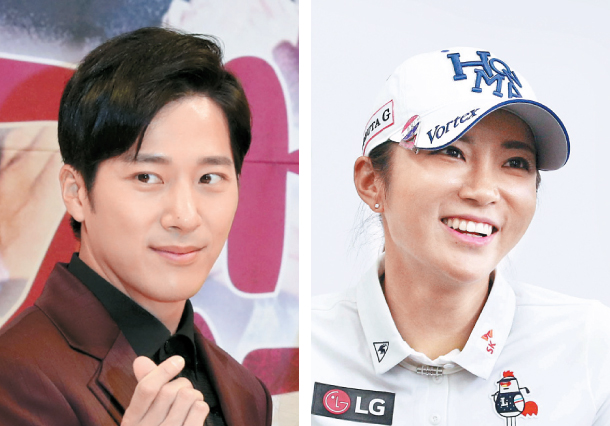 Actor Lee Wan’s lack of TV appearances over the last year has given him the time to focus on his love life. Lee has been dating professional golfer Lee Bo-mi according to Ilgan Sports, an affiliate of the Korea JoongAng Daily.

“Lee Wan and Lee Bo-mi got closer to each other through their common interest of golf, and have been continuing a serious relationship,” an industry insider told Ilgan Sports.

As devout Christians, the two first got to know each other through a priest that knew them both, and have developed a loving relationship since early this year.

Aside from his own acting career, Lee is publically known as the younger brother of actor Kim Tae-hee, wife of singer Rain.

Lee Wan made his debut in 2004 with an SBS drama series “Stairway to Heaven.” His most recent TV appearance was in July 2017 on the SBS show “Law of the Jungle.”

He has recently parted ways with his former agency Ruach Entertainment, a family business run by his oldest sister Kim Hee-won. Kim Tae-hee left the agency and joined BS Company in August, while her brother Lee is searching for a new agency.