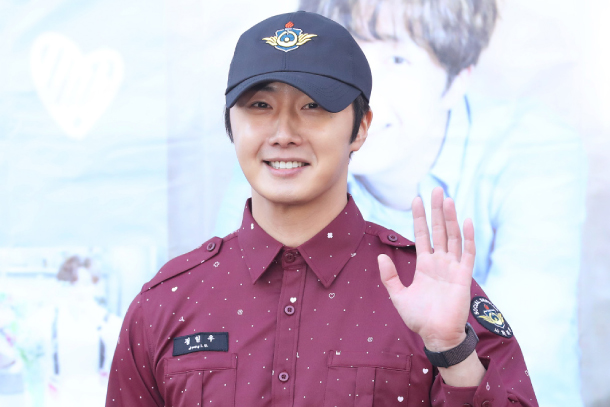 Actor Jung Il-woo was discharged from his mandatory military duties on Friday.

“Thank you for celebrating my discharge,” he said in front of the Korea Elder Protection Agency, where he served. “I’ve been thinking about the elders in the agency. [This experience] will be helpful for my future acting career.”

According to Yonhap News, around 100 fans from Korea, Japan, Taiwan and Hong Kong gathered to greet the actor.

Regarding upcoming work, he said, “I’ve been waiting to act again. I’ve been passionately preparing for my upcoming series like I did back when I first debuted.”

The actor entered the military in December 2016 as a public service worker for the Korea Elder Protection Agency. He was assigned community-based service due to wrist and hip injuries he sustained in a car accident in 2006.

The actor will be returning to acting through the upcoming SBS series “Haechi,” on which he is set to star alongside actors Kwon Yul and Go A-ra. The series is scheduled to premiere in February.