Diplomatic challenges are ahead

Diplomatic challenges are ahead 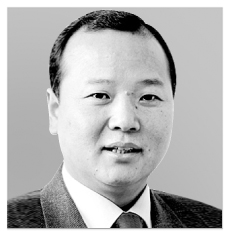 Oh Young-hwan
The author is an editorial writer at the JoongAng Ilbo.

The Korean Peninsula had a year of turbulence. The situation is still fluid. Tensions have eased dramatically, but foundations for peace have not yet been set. The denuclearization of North Korea and the peace process are still in their beginning stages. The order of implementing the two goals hasn’t been set. Both of these processes could be long and complicated.

That could be the reason why U.S. President Donald Trump is resorting to “strategic patience.” We need to watch whether Trump can reenact Ronald Reagan’s rebellion. Despite the opposition of the conservatives, intelligence agencies and the military, he signed the Intermediate Range Nuclear Forces Treaty (INF Treaty) with the Soviet Union and opened a way to end the Cold War.

This year, our surrounding environment changed drastically. North Korea’s appeasement is a product of U.S.-China collaboration. It is hard to believe that the North can turn around without UN sanctions or the cooperation between the United States and China. The two powers are now engaged in tariff retaliation and a race for technological hegemony. When geopolitical confrontation between America and China intensifies, pressure for denuclearization on North Korea will weaken. North Korea’s long contemplation may not be a coincidence.

Next year, Korea is faced with many challenges in security and diplomacy. North Korea’s Chairman of National Defense Commission Kim Jong-un’s “will for compete denuclearization” will reach the moment of truth. We will also learn whether he really means to give up the pursuit of nuclear and economic development. Failure to draw up a denuclearization roadmap during the second North-U.S. summit will bring about serious consequences.

Seoul’s role as a mediator would be critically undermined. Balance between the international community’s view on denuclearization and the improvement of inter-Korean relations is needed. The Korea-U.S. alliance has already loosened significantly. Worsening with Trump’s cost calculations, the call for trust between the bureaucrats and militaries of South Korea and the United States grows louder.

Dissonance between the allies during denuclearization talks should set off a red light. South Korea’s alliance with a foreign power that shares the values of liberty, democracy and human rights is the basis of the country’s foreign policy and security.

We learned this lesson during the shameful history in the late Joseon period. It is necessary to revamp the Korea-U.S. alliance. An alliance that does not evolve will die out.

South Korea’s relationship with China is vague. China is a window of opportunity, but it will not protect South Korea. It is Seoul’s role to help Korean companies participate in China’s One Belt One Road project.

Overseas markets need to be diversified. This is what Japan is doing. Economic security translates into national security. South Korea needs to be wary of China’s muscle diplomacy. Free and open marine routes will bring benefits for all.

South Korea’s relationship with Japan is a minefield. The comfort women deal has nearly been scrapped. The settlements between Seoul and Tokyo in 1965 are at a crossroads. Japan is resisting the Supreme Court’s ruling on forced labor victims’ right to compensation. Our government’s position on the decision will be noteworthy.

Next year marks the 100th anniversary of the March 1st independence movement. We need the wisdom to not be swayed by the public opinion and prevent history from dominating Korea-Japan ties. We need to go back to the principle of “looking ahead to the future while looking straight at the past.” Korea and Japan share values, and both are involved in the Korea-U.S.-Japan partnership and Korea-China-Japan talks.

The Korean Peninsula is a bridge between the ocean and the continent, but also a crossroads of collision.

The Korean question is complicated and profound. Next year will be more challenging. Taking a step back from current issues, the government must review its security strategy and check the details of North Korea’s denuclearization and inter-Korean and foreign policy.