Tourism blasts off in Goheung County

Tourism blasts off in Goheung County 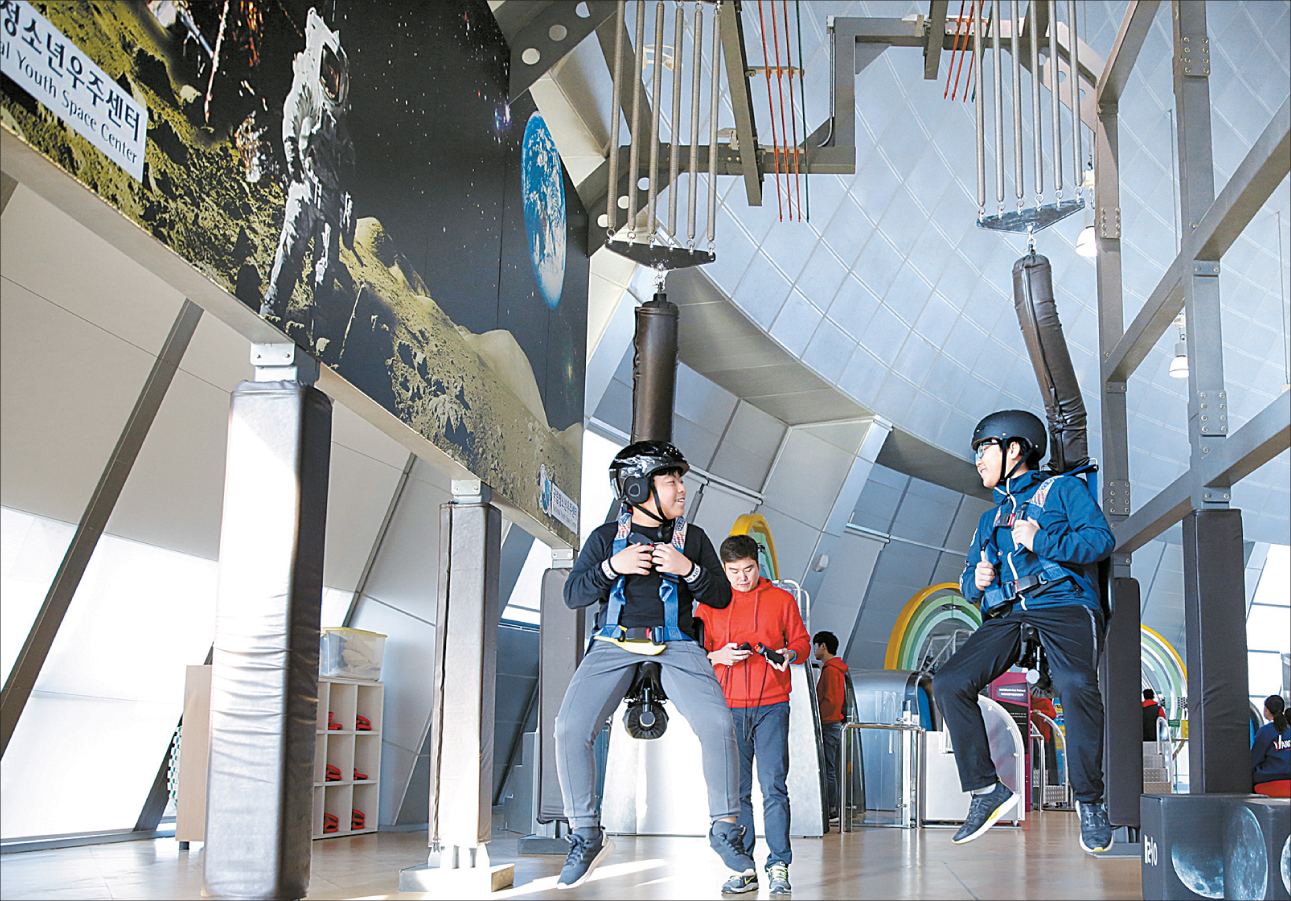 Children experience how it feels to walk in space at the National Youth Space Center in Goheung County, South Jeolla, on Nov. 15. This facility simulates walking on the moon. [JOONGANG ILBO]

GOHEUNG COUNTY, South Jeolla - Just a decade ago, Goheung County was an obscure, aging coastal area in the southernmost part of South Jeolla. It was known for having clear, blue waters and producing Korea’s best citrons, but not much else.

Now, home to Korea’s only space center, Goheung is emerging as a tourist hotspot that welcomes millions of visitors every year.

The transformation began in June 2009 with the opening of the Naro Space Center, Korea’s first satellite launch pad, which was built with 331.4 billion won ($299.9 million) of government funds.

The successful launch of Naro-1, Korea’s first space launch vehicle to reach orbit, in January 2013 ushered in Goheung’s development as a vibrant aerospace hub. The county now hosts a variety of space-related institutions and facilities, including Naro Space Center’s Space Science Center, which offers overnight student programs, as well as the National Youth Space Center and the Goheung Space and Astronomy Museum. 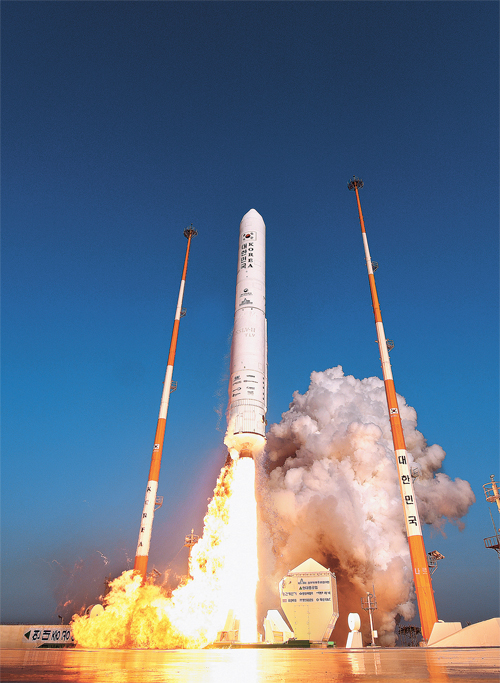 The test launch vehicle for the KSLV-II, or Nuri, blasts off into space from Naro Space Center on Nov. 28. [JOONGANG ILBO]

Goheung has now cemented its status as one of Korea’s most popular destinations for school and family trips. Last year alone, some 25,000 elementary, middle and high school students visited the area for field trips, camps and other activities.

To attract even more visitors and enrich their experience, Goheung County is now planning to offer a wider range of activities at the Naro Space Center’s Space Science Center. It is currently in talks with the Korea Aerospace Research Institute, which operates the Naro Space Center, to possibly exhibit a launch vehicle for the public to view and set up a zero-gravity simulation zone.

Non-space related attractions like restaurants and museums are also benefiting from the influx of tourists. 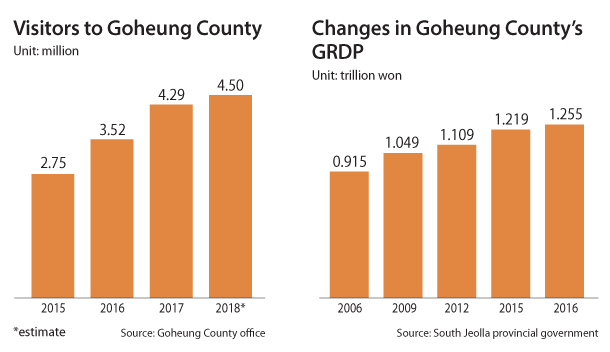 A new flight test center for both manned and unmanned aerial vehicles is expected to strengthen Goheung County’s reputation as Korea’s aerospace hub even further. Some 56.4 billion won will be invested into the test center, which is set to have a runway that spans 1,200 meters (3,937 feet) in length and 45 meters in width. Construction will begin this month.

The county is also hoping to build a rocket center by 2025 to facilitate rocket testing and development.

With its new identity as an aerospace hub, Goheung County’s economy has enjoyed a tremendous boost from visitors and industry personnel.

Goheung County estimates that the annual Goheung Aero-space Festival will bring between 5 to 7 billion won into the local economy every year. The economic impact of the flight test center, once opened, is estimated to reach 3 billion won.

Goheung’s gross regional domestic product (GRDP) has also risen by over 37 percent in the past decade. Its GRDP recorded 914.6 billion won in 2006, but reached 1.255 trillion won in 2016, according to the South Jeolla provincial government.

“The completion of the flight test center will attract businesses from the drone and aviation industries, adding to Goheung’s image as a true aerospace hub,” said a Goheung County officer who oversees aerospace affairs.