ALBERTO MONDI
The author is an Italian TV personality and former cast member on the JTBC talk show “Non-Summit.” 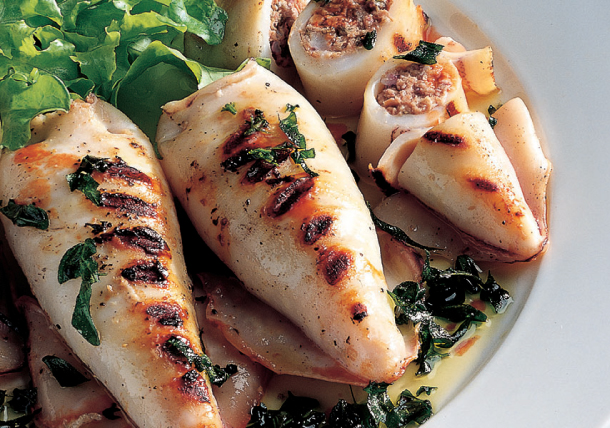 The third week of November is celebrated as Italian Cuisine Week around the world. The Italian Embassy in Korea and other related agencies are promoting Italian food and cultural events throughout the week. Aside from well-known foods like pasta and pizza, the culinary culture of Italy reflects various regional characteristics and has a lot in common with Korean cuisine.

After coming to Korea, I received many questions due to people’s preconceptions of Italian tastes. One of the questions was whether Italians eat raw meat and fish. Carpaccio, a popular dish in Venice, is similar to Korean hoe, a raw fish dish. Italians eat gilt-head bream, sea bream, swordfish, sea bass, tuna, halibut and octopus. The fish are not aged. They are eaten fresh, thinly sliced and accompanied by olive oil, lemon, mint sauce or green sauce. Meat carpaccio is also similar to Korean yukhoe.

As both Korea and Italy are peninsulas surrounded by seas on three sides, seafood is widely enjoyed. The two countries’ cooking methods for cod and pollock are similar. Koreans have dozens of names for pollack depending on preparation, and Italians, too, love pollock. Italians say, “Herring is the most delicious, but pollock is the most eaten.” Korea’s ojingeo sundae, or stuffed squid, looks the same as calamari ripieni from my hometown of Venice. I loved it from the beginning.

Another question I get from Koreans is whether I find eating intestines absurd. But I am familiar with these parts, as my favorite dish is chicken intestine risotto made with my grandmother’s recipe. Sanguinaccio is an Italian blood sausage that reminds me of Korean sundae. At Christmas, zampone — stuffed pig’s trotter — is a must for Italian families.

Lastly, I’ve been asked many times whether I like spicy food. Of course I do. Peperoncino — dried chili peppers — is always on my table. “You are what you eat.” Koreans and Italians often say we share many national characteristics, which is probably because we eat similar food.