Lee’s on the rise, but he still needs to learn to pass

Lee’s on the rise, but he still needs to learn to pass 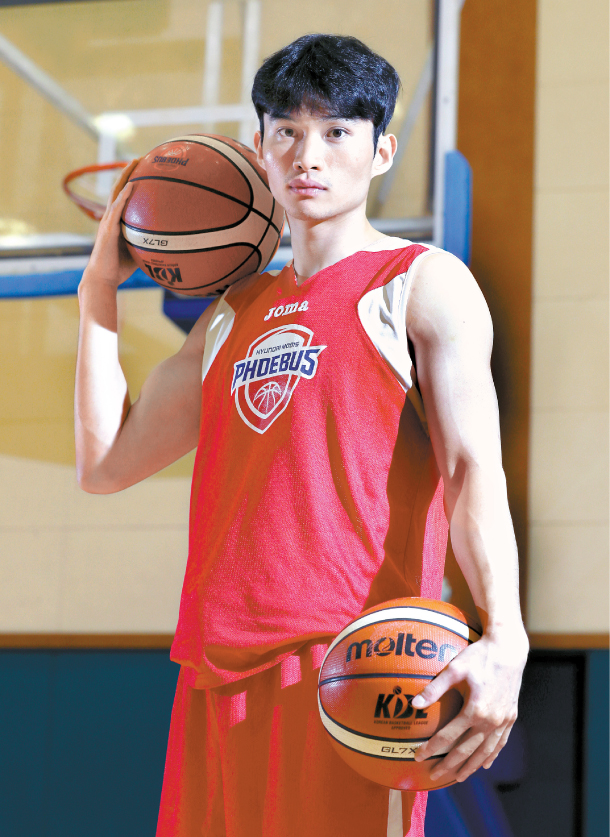 Only a few months after a bronze medal finish at the 2018 Asian Games, the Korean national basketball team is back on the court at the FIBA Basketball World Cup qualifiers.

Korea is currently ranked second in Group E with eight wins and two losses. Although the team has two more games remaining, it has already earned its spot at the World Cup as the top three teams in each group advance to the next round.

In Korea’s recent qualifying game against Lebanon on Nov. 29, the team found a new star - Lee Dae-sung of the Ulsan Hyundai Mobis Phoebus. The national team has long been led by veteran players and Ra Gun-ah, but Lee was added to the national team as a replacement for An Young-jun of the Seoul SK Knights and he wasted no time in finding his spot on the team.

During the game against Lebanon, Lee scored 11 points and four rebounds. In addition to his individual performance, Lee successfully helped Ra get back on pace. In the first half of the game, Ra only scored two points and picked up two rebounds, but in the second half, he scored 21 points and picked up 11 rebounds to lead Korea to an 84-71 victory.

But Lee only scored three points when the team played Jordan on Dec. 2, as he tried to play by himself throughout the game.

After the game, Yang Dong-geun of Phoebus offered Lee a word of caution, saying, “Dae-sung is very energetic. It’ll be better if he can control it before it goes too far.”

“I made so many unreasonable mistakes against Jordan that I couldn’t sleep that night,” Lee said. “I even lost my appetite. Just as Dong-geun said, I need to be able to control myself, but I still need to improve on it. I need a playing style where I can help my teammates.”

Lee’s basketball career is different from the majority of the players in the Korean Basketball League (KBL). Unlike the regular path of going to college and making a KBL debut, Lee attempted to play in the United States twice before finally settling in the KBL.

Lee’s first attempt was while in college. In his junior year he played for Brigham Young University (BYU)-Hawaii, an NCAA Division II team, instead of Chung-Ang University.

“Since I was in elementary school, I told everyone that I’m going to play in the NBA,” Lee said. “In college, my friend Jang Jae-seok showed me a clip of NBA guard Steve Nash. He had abilities that I didn’t have. So I started to think that I should challenge myself to play in the United States before it’s too late. I used to play as a power forward, but when I went to the United States, they told me that my playing style was better suited as a point guard.”

After a year at BYU-Hawaii, Lee returned to Korea and made his KBL debut with the Phoebus in 2013. After fulfilling his military duty with the Sangmu military basketball team, Lee, once again, made his attempt to play in the United States.

In October 2017, Lee joined the Erie BayHawks of the NBA G League, the NBA’s minor league. By joining the team, Lee became the third Korean player to ever play in the G League.

However, Lee quickly got released and returned to the Phoebus after averaging a disappointing 2.5 points per game in 11 games.

“I only received 20 million won [$18,000] as my annual income, but I wanted to challenge myself rather than making more money,” Lee said. “Although I failed to get in the NBA, I’ve learned a lot.”

But Lee also faced disadvantages when he returned to Korea.

Since he played in a lot less games than other KBL players of his age, his annual income was only 100 million won, while Kim Jong-kyu of Changwon LG Sakers, who was in the rookie draft with Lee, received 320 million won.

This season in the KBL, Lee has been averaging 13.2 points and 3.6 assists per game. With Lee in the lineup, the Phoebus is the current leader in the 2018-19 KBL season, at 15 wins and three losses.

However, Lee is not satisfied with his performance yet.

“I practice about 300 to 500 shots a day,” Lee said. “On days when I play bad, I stay up all night after the game to practice my shots, and eventually, the coach stops me. But I go back to the court in the early morning to practice again.”

In the remaining time until the World Cup in August, Lee hopes to improve his defensive skills and make it back onto the national team.

“In defense, the harder you work, the better you play,” Lee said. “I want to get better from now on and really want to compete at the World Cup.”