KIM NAM-JOONG
The author is an editorial writer of the JoongAng Ilbo.
University presidents are leading innovative reform in education. Colleges and university work hard to bring in competent presidents. They often make several attempts to bring in external figures. KAIST’s past three presidents are such cases. 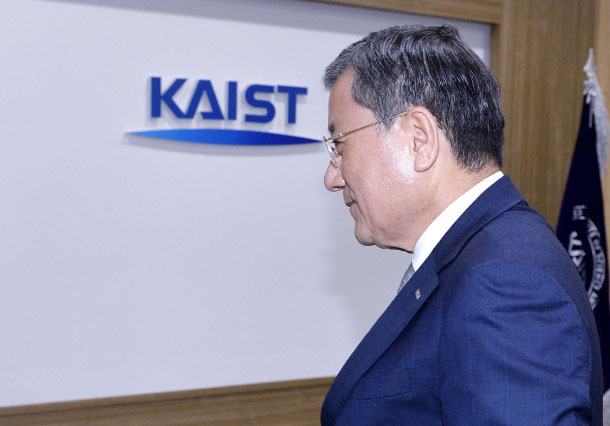 In January 2001, KAIST president nomination committee member Kyeong Jong-min boarded a flight to the United States during the New Year’s holiday. He visited mechanical engineering Prof. Seo Nam-pyo, who led innovation for over three decades at MIT. He spent three days persuading him to come lead KAIST but failed. In 2006, Seo was made the president of KAIST. During his six-year term, he started KAIST’s university reform measures, such as breaking the ironclad tenure of professors.

Kang Sung-mo came into office in 2013 after serving as the chancellor of University of California, Merced. He came to Korea because he was asked to lead KAIST using his experience in managing a major university. He was the right person to heal the negative side effects of Seo Nam-pyo’s reforms.

Current president Shin Sung-chul took over leadership from Kang. He was called by members of KAIST committee in February 2017 while serving as the head of the Daegu Gyeongbuk Institute of Science and Technology (DGIST). His leadership was widely praised, and when he was a KAIST professor, the professors’ committee nominated him as a top candidate three times. After one year of contemplation, Shin announced KAIST Vision 2031 in March 2018. It is a blueprint to make KAIST one of the top ten universities in the world by 2031, the 60th anniversary of the university’s establishment.

Recently, Shin was involved in a controversy over a reshuffle in the science and technology field. The Ministry of Science and Technology reported Shin to prosecutors over duplicating research expense payments and asked KAIST’s board to suspend him. Those in the science field suspect that Shin is being targeted for political reasons. It is unusual that he was reported without being given the chance to explain the results. I suspect this is the case, as 11 heads of state-funded research institutes, including DGIST head Son Sang-hyuk, resigned during the Moon Jae-in administration.

KAIST is a cradle of science and engineering talents. “Advancement of science” is the vision that the school advocated when it was founded 47 years ago. This is still valid today as we enter the fourth industrial revolution. It is regrettable that the president has been shaken, and the university development plan is now likely adrift. When science is caught up with politics, there is no future.