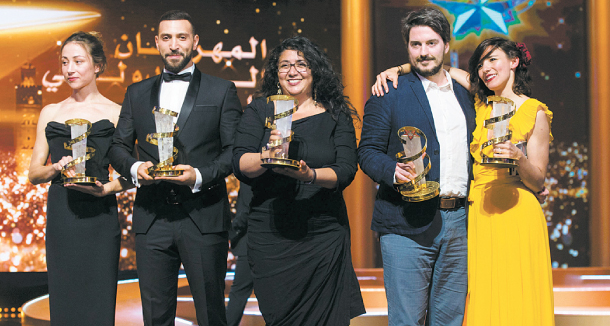 Italian actress Monica Bellucci presented the trophy for the film, which tells the story of a young Nigerian forced into prostitution in Vienna.

Tunisian actor Nidhal Saadi won Best Actor for his role in the film “Regarde moi” (Look at me), directed by Nejib Belkhadi.

And German Aenne Schwarz won Best Actress for her role in “Alles ist gut” (All is good), directed by Eva Trobish.

Tribute evenings honoured the careers of visionary French filmmaker Agnes Varda and her co-director, French street artist JR, who teamed up for the documentary “Faces Places”.