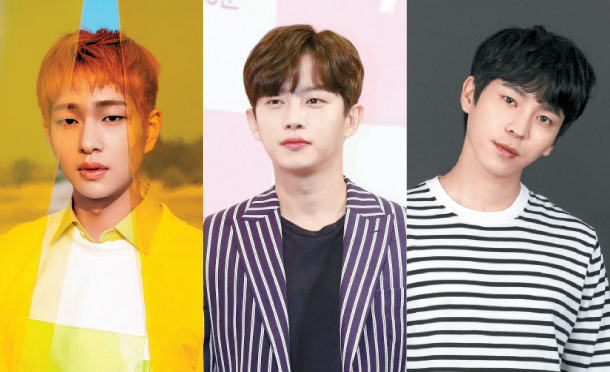 Onew from boy band SHINee and actors Kim Min-seok and Lee Jae-kyoon all joined the military on Monday.

On Nov. 9, Onew’s agency SM Entertainment announced that the singer would be serving in the military beginning in December. The agency did not announce the specific location or enlistment time as the singer wished to begin his service quietly.

The singer released his first solo album “BLUE” on Dec. 5 as his last gift to fans before enlisting.

Kim announced through his agency on Dec. 3 that he would be off to the military the following week.

Lee surprised his fans when his agency announced that he was entering the military on Monday. Last month, he told the press during an interview that he would enlist in December, but did not specify the date.

Lee made his debut in 2011 through the musical “Grease” and has appeared in many films and dramas since. His latest appearance was in the KBS2 series “The Ghost Detective,” which aired from Sept. 5 to Oct. 31.