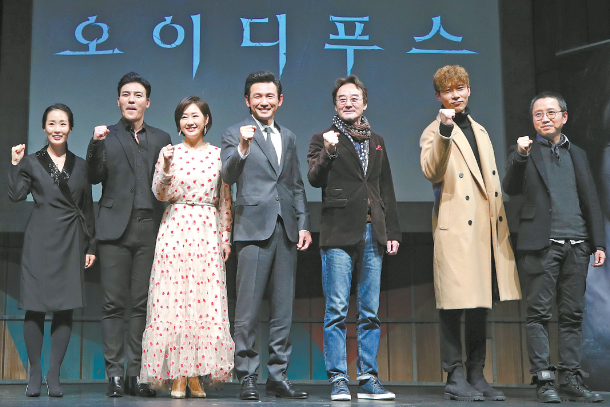 The stars and the producer of the upcoming play “Oedipus” attend a press conference held at Blue Square in Interpark Hall, central Seoul, on Tuesday. The play, which kicks off on Jan. 29, features the story of the mythical figure Oedipus - played by actor Hwang Jung-min (center) - who was abandoned as a baby due to a prophecy that said he would kill his father and marry his mother. [YONHAP]