KIM SEUNG-HYUN
The author is a deputy political news editor of the JoongAng Ilbo. 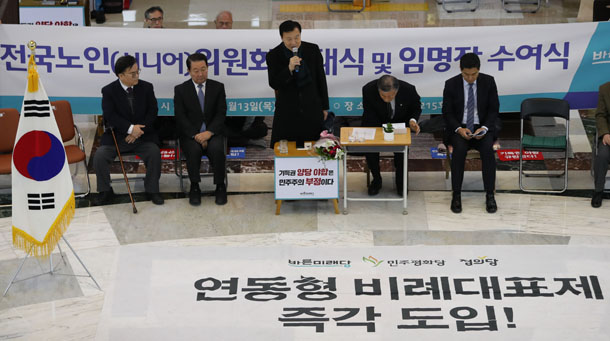 Over a decade ago, my wife went on a business trip in Europe. There she found a jacket from a notable German brand at a shopping mall. The discounted price was attractive. The jacket came back home with her as my Christmas present.

Despite my hopes and anticipation, the jacket’s sleeves were too long. As an average Korean man, I don’t have arms as long as Germans. I still remember my wife’s awkward smile. The sleeves were altered, but the German brand still makes me feel wary. The political situation at the end of the year reminds me of that time.

The Gwangju employment model is based on the model Auto 5000 that German carmaker Volkswagen established in 2001. In Wolfsburg, Germany, where the headquarters of Volkswagen is located, 50,000 people out of the population of 120,000 work for Volkswagen and its partners. When the company considered relocating the factory due to the economic slump in the 1990s, unions opposed it. The management asked them what they would do if the factory did not move.

This was the background for the social agreement to hire 5,000 unemployed workers and keep their monthly wage level at 5,000 Deutsche Marks, which translated to about 40 million won ($35,590) a year at the time. There were concerns about lower wages and visions for new factories. But agreements were reached through politicians’ persuasions. They reached a social compromise for wages that were 20 percent lower and a promise to develop new models. Does Gwangju have the desperation and wisdom to save both companies and jobs? I only hear politicians’ voices to get votes with jobs and labor circles calculating how to use the cause.

In the National Assembly, Germany was mentioned in a new proportional representation system. Minor right-wing Bareunmirae Party head Sohn Hak-kyu and left-wing Justice Party head Lee Jung-mi have been on a hunger strike for a week. The ruling Democratic Party’s floor leader Hong Young-pyo asked them if they really wanted a German-style proportional representation system and proposed working together to create a feasible model for Korea. How many citizens understand their reasoning and hunger strike?

Their justification is the people. They argue that minority parties have fewer seats compared to their support among the people and that the representation is skewed. Germany strictly reflects party approval rating to the number of seats in the legislature. But some of our lawmakers must give up their districts in the 300-seat National Assembly. This year, the ruling and opposition lawmakers barely passed next year’s budget due to conflicts over electoral reform. I wonder if they can take on this challenge next year.