Options to save pension system come together

Options to save pension system come together 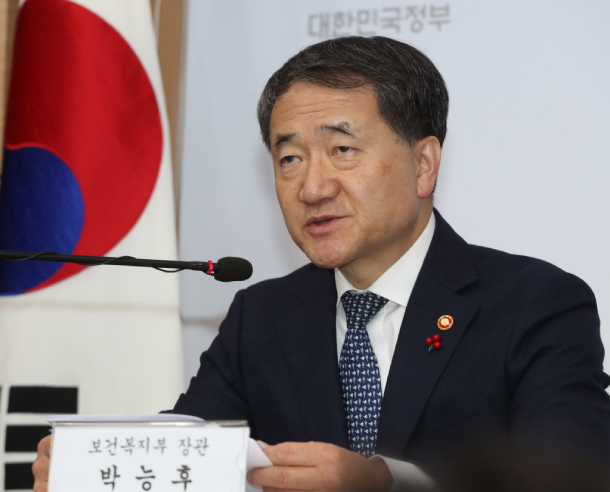 The Health Ministry recommended a set of changes to the country’s pension system Friday to keep it solvent.

The pension system’s so-called replacement ratio - the percentage of a worker’s pre-retirement income that is paid out after retirement - could actually be raised from the current 40 percent to the 40-50 percent range under one plan.

Since all of the options involve either a tax increase or higher contributions by workers, a backlash is expected.

“This is not a finalized proposal,” said Park Neung-hoo, Minister of Health and Welfare, “We will see the final proposal after discussions at a vice minister meeting and cabinet meeting.”

The ministry laid out four basic proposals for the National Assembly, which will make the final decisions.

The first proposal is to maintain the current contribution level at 9 percent of a worker’s salary and the replacement ratio of 40 percent. But the basic monthly state pension - payable to the lowest-income earners - will be increased from the current 250,000 won ($220) to 300,000 won with an injection of more taxes.

The second proposal will also keep the same contribution and replacement ratios and increase the basic pension to 400,000 won after 2022.

The third proposal includes pushing up the contribution rate to 12 percent through 2031 by increasing the rate 1 percent every five years starting in 2021. More contributions to the pension pot will raise the replacement ratio to 45 percent.

The last proposal would impose the highest contribution rate of 13 percent by 2036 by hiking 1 percent every five years from 2021. Under that proposal, the replacement ratio will go to as high as 50 percent.

Without changes, the pension fund will be depleted in 2042.

The first and second proposals would delay the depletion to 2057 and the third and the fourth to 2063 and 2062, respectively. Afterwards, the fund will inevitably face deficits unless the National Pension Service, the operator of retirement pension fund, earns more on its investments.

The reason why the government focuses on basic pensions is that more than half of the population over 65 is not registered with the earnings-related national pension system. Many were born in poorer times and couldn’t land jobs offering pensions.

Only 39.5 percent of people over 65 signed up for the national pension program in 2017, according to the National Pension Service.

When first introduced in 1988, the national pension was limited to workers at firms with more than 10 employees.

The ministry will also introduce a new program that adds an extra subscription period for a woman with at least one child.

Presently, a woman with two children can benefit, but the threshold was lowered to one child.

The ministry also vowed to subsidize pension contributions for people who went bankruptcy or are between jobs.