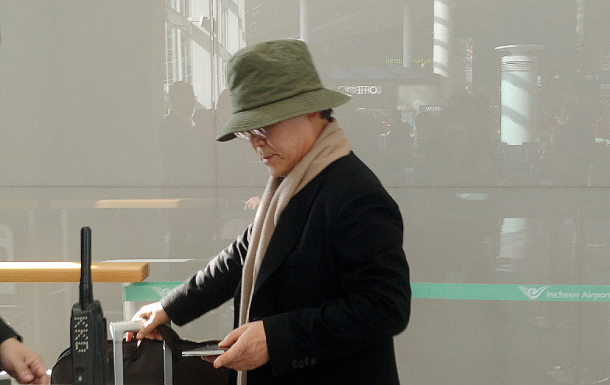 The Blue House warned it would pursue the “maximum” legal punishment for a former investigator of its special inspection bureau Monday after he leaked more details of his confidential work to a local media outlet, saying the presidential office will do “whatever it can” to defend itself against a whistle-blowing scandal that has rocked the Moon Jae-in administration.

Blue House spokesman Kim Eui-kyeom spent an unusual amount of more than 80 minutes on Monday verbally explaining to Blue House correspondents in two briefings why the investigator was lying when he claimed that Moon’s top aides tried to cover up a bribery allegation against Korean Ambassador to Russia Woo Yoon-keun and how he was kicked off the prestigious Blue House team last month for looking into the case one year ago.

In more text messages throughout the day, the Blue House spokesman, himself a former reporter with a progressive newspaper, the Hankyoreh, offered lengthy explanations refuting each claim by the investigator, Kim Tae-wu.

Investigator Kim was one of 20 to 30 members of a so-called special inspection bureau under the office of the Blue House anti-corruption secretary, who is supervised by Cho Kuk, presidential senior secretary for civil affairs.

The bureau was composed of officials from the police and prosecution, whose job was to monitor signs of corruption among high-level government officials tapped by Moon, mostly ministers and vice ministers, as well as the president’s family. If they found issues, they were supposed to refer the cases to investigative authorities like the police or prosecutors’ offices.

Kim was originally an investigator with the Seoul Central District Prosecutors’ Office who was temporarily dispatched to the Blue House to work for the special inspection bureau. Last month, the Blue House fired him, accusing him of interfering in a police investigation by trying to collect information on a bribery case in which his acquaintance was involved by pretending it was linked to the Blue House when it actually wasn’t.

Kim was sent back to the Seoul Central District Prosecutors’ Office, which is now looking into the Blue House’s allegations against Kim.

Last Friday, Kim broke his silence by claiming to local broadcaster SBS that he was fired for targeting Ambassador Woo, a high-profile figure in Korean liberal politics who formerly served as a lawmaker in the ruling Democratic Party and has close ties with Moon. Over the weekend, he told several more media outlets that he wanted to shed light on the Blue House’s attempts to cover up Woo’s taking of a 10 million won ($8,839) bribe, which he said Moon’s closest aides knew was true. Kim said he wanted to restore his tarnished reputation.

Both the Blue House and Woo denied the bribery accusation.

The case took an unexpected turn on Monday morning, when a major local conservative daily, the Chosun Ilbo, said it received an email from Kim that showed a list of reports he filed to the Blue House special inspection bureau elaborating the allegations he unearthed.

Among Kim’s inventory were suspicions about the son of a former prime minister and the president of a private bank - private individuals he had no authority to monitor. The newspaper accused the Blue House of spying on private individuals, a tactic used by the former Park Geun-hye government to crack down on critics, something Moon has pledged not to do in his administration.

The Blue House tried to distance itself from the spying suspicions on Monday, saying Kim acted alone and that his superiors in the special inspection bureau gave him a “warning” not to collect information outside his legal boundary. The Blue House spokesman said it “destroyed” all of Kim’s reports regarding those allegations, stressing that the inspection bureau does so for every report filed by a bureau member that is deemed unfit for passing on.