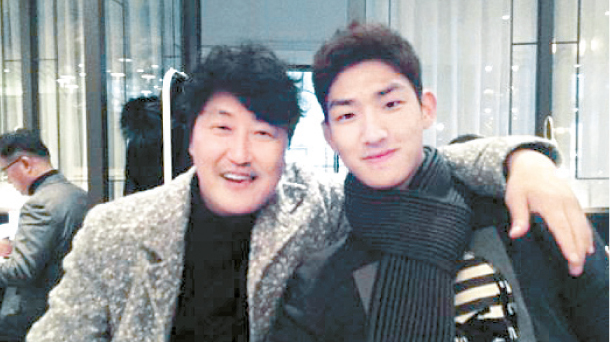 Song Jun-pyeong - actor Song Kang-ho’s son as well as a player on the Suwon Samsung Bluewings football team - apologized for his angry comments aimed at fans of boy band Exo.

On Monday, Song posted a comment on an Instagram story that read, “Exo fans, enough with your terrorizing comments.”

People suggested that the comment was a response to fans who had been posting malicious comments about his father’s film “The Drug King.” Song had seemingly assumed that the comments came from Exo fans since the movie “Swing Kids” starring band member D.O. was released today.

Song Kang-ho also apologized during an interview with the press on Tuesday morning. “My son was imprudent and uploaded the post after listening to false information,” he said.