SAMY RASHAD
The author is an Egyptian and former cast member of the JTBC’s “Non-Summit.” 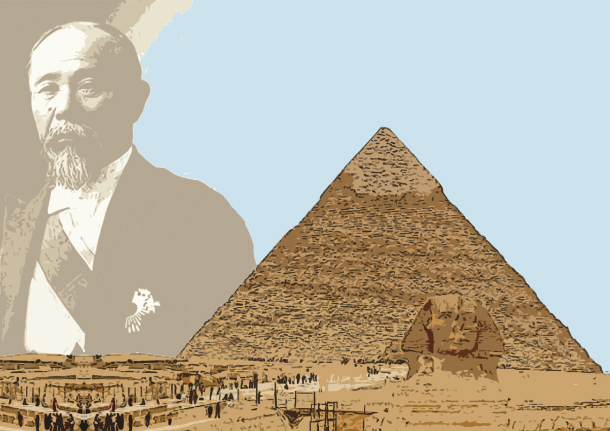 Last month, I appeared on a network television program about history. It mainly deals with Korean history, so when I received the offer, I wondered if there was anything I could contribute. However, I resolved that I would able to talk about what Korean and Egyptian histories have in common.

I thought I would have to learn history accurately to appear on television. As I was informed of the topic, I started to look up historical facts. It was Evelyn Baring, the 1st Earl of Cromer, British controller-general in Egypt, that Ito Hirobumi wished to model his rule after. Cromer governed Egypt for 25 years, from the late 19th century to early 20th century.

I knew about Cromer, but not in detail. I heard the name in history class in middle and high schools, but I never heard about him after school. I asked some of my friends, and they also were not sure who he was. My Egyptian ancestors were oppressed by Cromer, but future generations know little about him. So I wanted to use this point to compare Korea and Egypt. Do any Koreans not know about Ito Hirobumi? I asked may Koreans, and surprisingly everyone knew about him. A friend, who was born and raised in Dongjak District, southern Seoul, and doesn’t know about Seongbuk District, western Seoul, said, “He is the Japanese who oppressed Korea.”

Korea and Egypt similarly suffered colonial oppression and persecution. There was a pro-Japanese group in Korea, and there was a pro-colonial group in Egypt. Ito Hirobumi wanted to copy Cromer because some Egyptians considered Cromer, not a colonial ruler, but someone dispatched for the development of Egypt.

Considering current Korea-Japan relations, it seems that Korea did a far better job than Egypt. Korea and Japan maintain peaceful relations, and Egypt and Great Britain also have good relationship. The difference is that Koreans remember the past, while the colonial past is nearly forgotten in Egypt.