Yoon Kye-sang hopes to highlight forgotten history: In his latest film, the actor plays a scholar working on a hangul dictionary

Yoon Kye-sang hopes to highlight forgotten history: In his latest film, the actor plays a scholar working on a hangul dictionary 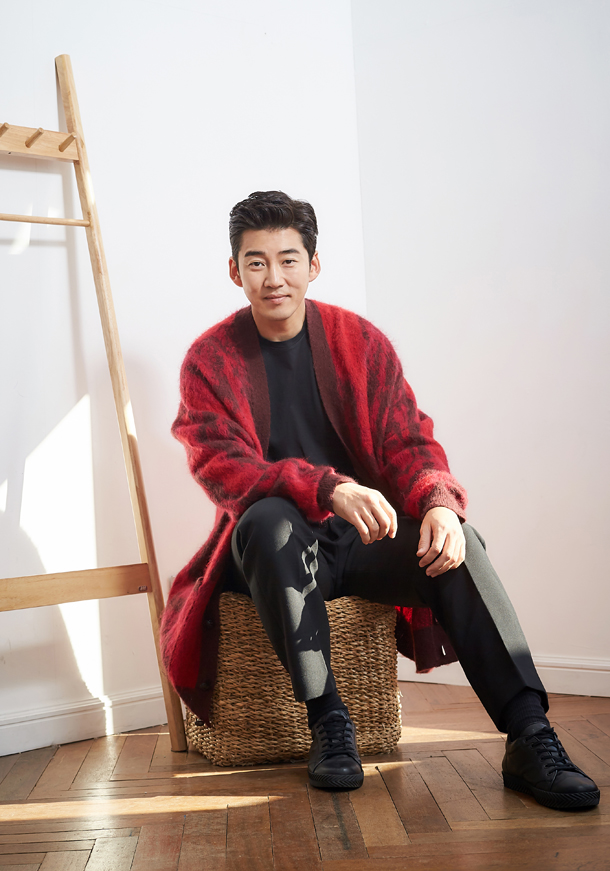 As far as many people are concerned, Yoon Kye-sang has long been a popular star at the center of the public eye.

The 41-year-old shot to stardom as a member of the popular first-generation K-pop group g.o.d, which debuted in 1991 and is behind hit songs like “Road,” “To My Mother” and “Lies,” which are still widely loved. The singer later jumped into acting in 2004, and has been working as an actor ever since.

But it was not until Yoon’s role in last year’s action title “The Outlaws” that his qualities as an actor shined. He starred as the ruthless head of a Korean-Chinese crime organization, and his performance, especially the way his character spoke, became the talk of the town.

A little more than a year later, Yoon has returned to the silver screen with a very different role from his last. Titled “Mal_Mo_E: The Secret Mission,” Yoon plays a patriotic and highly determined scholar named Ryu Jeong-hwan who fights against the Japanese military to publish a hangul (Korean alphabet) dictionary during the Japanese colonial rule (1910-45). The film is based on a true story.

“I decided to join the film because I truly loved its story,” said Yoon at an interview held in central Seoul on Wednesday. “Personally, I was not aware of such history, and I hope to highlight this lesser known part of history to more people via the film.”

The film is the directorial debut of Eom Yu-na, who wrote the script for last year’s hit film “A Taxi Driver,” and along with Yoon, also stars Yoo Hae-jin as a hot-temperd single father of two children named Kim Pan-su. Kim gets involved in the risky project of publishing a hangul dictionary. Unable to read, he initially starts off doing petty errands to feed his children, but gradually becomes deeply involved in the project.

At the center of the film is the relationship between Ryu and Kim. Their contrasting personalities - Ryu is calm and logical yet cold-hearted while Kim is highly sociable but has an explosive temper - make it almost impossible for them to bond, but they gradually get closer, their connection strengthened by the strong determination they share to complete the dictionary. 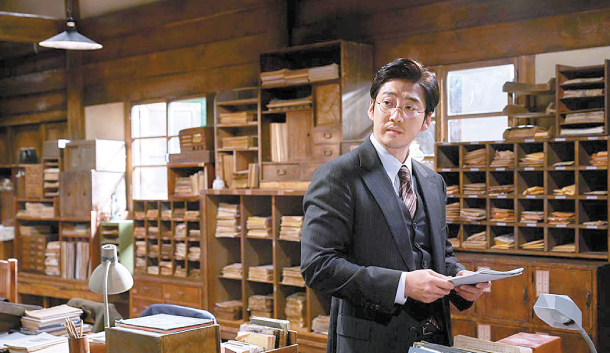 Playing a character who is forced to fight to keep the nation’s spirit alive against foreign suppression, Yoon found himself getting emotional a number of times while shooting the film.

“It was a challenging task to play a character with such strong determination and principles,” said Yoon. “But in some moments, I got [too immersed into the role] and could not control my emotions.”

Though Yoon doesn’t totally relate to his latest role, one similarity he shares with Ryu is his stubbornness, which is what has led him to become who he is now.

“I am quite stubborn. I think this is my strength as well as a weakness. That stubbornness is what got me to continue as an actor because I thought this was the only path for me.”

Following the commercial success of “The Outlaws,” the actor’s attitude towards how he works on a movie has changed.

“Before ‘The Outlaws,’ I did not really ask for help when I actually needed it. I tried to figure it out by myself. But now, I actively ask for help and listen to the thoughts of the director and my fellow actors.” Yoon added, “I think my attitude changed because I have started to focus more on creating a balance of the film instead of solely thinking about how my acting will look on the big screen.”

Films help audiences escape reality and jump into a whole new world, and Yoon hopes “Mal_Mo_E” will do the same.

“In reality, we experience happiness, pain and sorrow, and this damage accumulates and affects [our mood]. But through a movie, we can briefly escape from the reality.” Yoon added, “‘Mal_Mo_E’ is the kind of movie that will give Koreans a sense of pride.”

In the near future, viewers will be able to see Yoon play more diverse roles.

“The roles I get offered have become much more diverse following [the success of] ‘The Outlaws.’ I used to mostly receive kind-hearted roles, but these days, I’m getting offered roles in more diverse genres, including horror.”