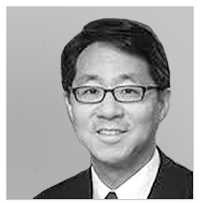 Curtis S. Chin
The author, a former U.S. ambassador to the Asian Development Bank, is managing director of advisory firm RiverPeak Group, LLC. Follow him on Twitter at @CurtisSChin.

BANGKOK — As major Asian cities grapple with persistent problems associated with pollution, once-prevailing attitudes of “development at any cost” are coming under critical reassessment. That’s welcome news across the Indo-Pacific region, including in Korea and Japan, which have seen first-hand how polluted skies and seas originating in China and elsewhere know no borders.

Clearly, governments and businesses can do more to clean our air and water, but so too can consumers have an impact through the products and services they choose. Already, in some markets and households, Asian consumers are embracing a move toward healthier, environmentally responsible products.

At a recent Milken Institute Asia Summit, these trends amidst continued urbanization and industrialization were among those discussed as leaders focused on how best to navigate a region in transition.

I see these shifting trends also in my work with impact investors and start-ups, including through serving on the advisory board of Equator Pure Nature, a Thailand-based “cleantech” company that produces, markets and sells a line of natural, environment-friendly, biodegradable household cleaning products under the brand Pipper Standard.

Consumers throughout the region are growing concerned about the impact of polluted skies and water on them and their children.
Across the region, air pollution is linked to loss of productivity, as employees skip work or arrive late. It also heightens sensitivity to common allergens, like dust mites, and has been shown in to trigger allergic development later in life.

In Korea, rhinitis — the common allergy also known as hay fever — affects more than 13 percent of the population, with the highest rates among those 14 and younger, according to research published in April 2016 in the journal “Allergology International.”

And the problem might well get worse. Korean children in the 0-6 and 7-9 age ranges suffer allergic rhinitis at rates of 17.8 percent and 16.2 percent, respectively, more than double the rates of those 20 and older, according to a 2010 study on the economic impact of rhinitis that appeared in the “American Journal of Rhinology & Allergy.”

Elsewhere in Asia, the challenges and opportunities are similar. In China, more than 460 million people — roughly one-third of the population — suffer from allergies, according to the World Allergy Organization.

One-third of global air pollution deaths now occur in Asia, according to the WHO. That represents 2.2 million out of the world’s 7 million premature deaths each year from indoor and outdoor air pollution.

With numbers of that magnitude, it is no wonder that a global consumer trend toward organic and natural products has emerged, aiming to reassert control over environmental factors at the most local level — in the home.

Peter Wainman, the CEO of Equator Pure Nature — on whose international advisory board I sit — and I have seen this movement take root in Bangkok, where organic farmers’ markets, all-natural body care, skin care and spa products, and hypoallergenic, nontoxic cleaning brands all have witnessed strong growth in recent years.

Wainman, a former U.S. investment banker, experienced a debilitating allergic reaction 10 years ago that he tells me he traced back to a chemical fabric softener he was using at home in Thailand.

The ordeal led him to work on the underlying technology that ultimately led to his creation of the Pipper Standard branded line of natural home cleaning products. Based on an enzyme derived from fermented pineapple and drawing on Thai traditions, Wainman is on a drive to change, in essence, the nature of cleaning for good.

“I knew I couldn’t do anything about the traffic or pollution outside, but I had power over what I brought into my home,” Wainman says.
Indeed, the company message — “A healthy environment starts at home” — sums up well one of the growing opportunities that exists in Korea and across Asia for smart companies seeking to leverage concerns related to the region’s enduring pollution challenge.

In Asia’s polluted skies, I see a transition from challenge to opportunity. As Asia’s overall economic influence grows, so too will that of Korean and other Asian consumers in shaping the world around us. And that, as the move away from chemical-based to more natural products continues, can be to the benefit and the health of businesses and consumers alike.