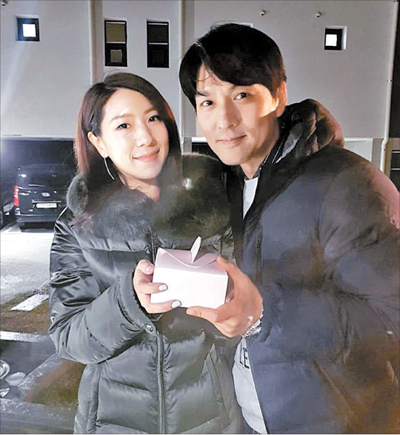 Lee Pil-mo, right, and Seo Su-yeon, who were part of a reality show that encouraged its single participants to go on dates, are getting married, according to Lee’s agency, K-Star Entertainment.

They met on a show which had a Korean title that can be translated to “Taste of Dating,” but is often referred to as “Taste of Love” on social media. The show first aired in September. The two, who first met accidentally two years ago, often hinted at their feelings for each other growing. Lee even said he wanted to marry Seo at one point in a scene with him with his friends.

The two plan to tie the knot early next year, although details about the date and the location have not been released. It is reported that the wedding will be in either February or March.