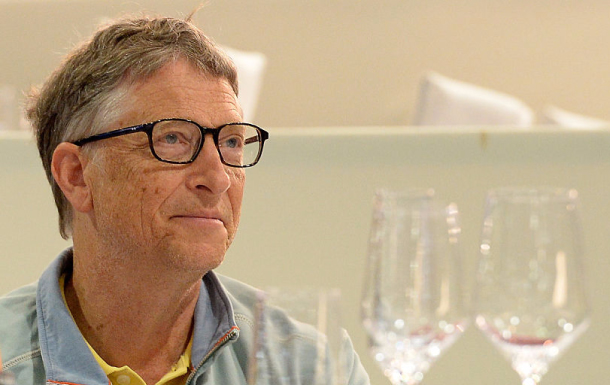 Microsoft founder Bill Gates wrote “What I learned at work this year” on his blog, www.gatesnotes.com. He wrote about how to enhance quality of life through innovation.

He listed five areas: Alzheimer’s disease, polio, energy, epidemic and gene editing. What attracted my attention was energy as a solution to climate change. He talked about nuclear power, which is a hot topic in Korea.

“I am glad to see solar and wind getting cheaper and we should be deploying them wherever it makes sense. But solar and wind are intermittent sources of energy, and we are unlikely to have super-cheap batteries anytime soon that would allow us to store sufficient energy for when the sun isn’t shining or the wind isn’t blowing […] Next year, I will speak out more about how the United States needs to regain its leading role in nuclear power research. Nuclear is ideal for dealing with climate change, because it is the only carbon-free, scalable energy source that’s available 24 hours a day. The problems with today’s reactors — such as the risk of accidents — can be solved through innovation […] TerraPower, the company I started 10 years ago, uses an approach called a traveling wave reactor that is safe, prevents proliferation and produces very little waste.”

The “Traveling wave reactor” is developed by TerraPower, which Gates founded in 2006, but I don’t think he mentioned the potential of nuclear energy for his financial gain. He is not blindly advocating nuclear power. Gates created a fund with other billionaires, like Amazon CEO Jeff Bezos, to invest on new renewable energy ventures such as geothermal energy and large capacity batteries. At a Seoul National University lecture in 2013, he said that nuclear energy was not the only alternative due to safety and waste issues.

Whether it is nuclear energy or renewable energy, Gates advocates making and utilizing cheaper, safer and environmentally friendly energy through innovation. Yet he seems to have decided that nuclear power was a realistic option as he emphasized nuclear energy. Sunlight and wind are much more abundant in the United States than in Korea. He is different from the Moon Jae-in administration, which turns away from nuclear power.

The Korean government suspended the construction of the Shin Hanul 3 and 4 reactors that were being built. Who is right? Will nuclear plants with new innovations be created and become a major energy source as Gates thinks, or will they disappear helplessly? We will soon see.