Local filmmakers drop the big budgets in favor of diverse genres: This year, Korean film will be ambitious without breaking the bank

Local filmmakers drop the big budgets in favor of diverse genres: This year, Korean film will be ambitious without breaking the bank 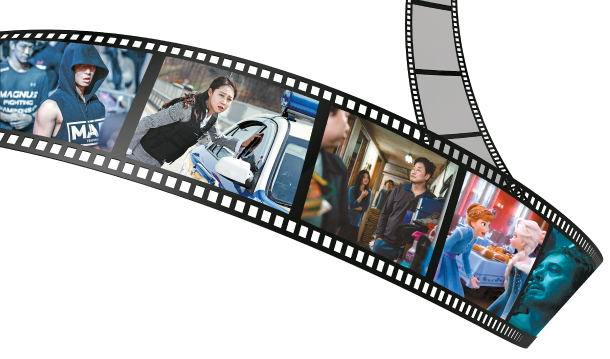 After a year filled with big budget movies like the fantasy blockbuster “Along with the Gods: The Last 49 Days” and the spy drama “The Spy Gone North,” film distributors have generally shrunken the budgets for movies set for release this year.

In 2018, more than 10 local movies cost more than 10 billion won ($8.9 million) to make, including sci-fi action title “Illang: The Wolf Brigade” and fantasy comedy feature “Psychokinesis.” Among them, fewer than five titles managed to break even at the box office.

One notable movie distributor that has made such changes is Next Entertainment World (NEW), which did not fare well with its big budget features like dance drama “Swing Kids” and “Psychokinesis” last year. In 2019, however, NEW will release eight mid-budget movies, each made for eight billion won or less.

The company has already generated buzz for the tentatively titled “Birthday,” a story of a couple that loses their child, and “My Special Brothers,” a heartwarming comedy drama centering on the friendship of two men. Seol Kyung-gu and Jeon Do-yeon star in “Birthday,” while Shin Ha-kyun and Lee Kwang-soo appear in “My Special Brothers.”

Some of NEW’s bigger budget films set for release this year include comedy drama “Cheer Up, Mr. Lee” (working title), which depicts a handsome father who goes on a journey with his daughter whom he has met for the first time, and “Call” (working title), a fantasy thriller that connects women living in different time periods.

“We are planning this year to release more diverse genres, ranging from drama to thriller and comedy,” said a spokesperson from NEW. “We will also pay more attention to animation this year.”

One of the distributor’s ambitious animated offerings this year is “Underdog.” Co-directed by “Leafie, A Hen into the Wild” (2011) filmmaker Oh Sung-yoon, “Underdog” is a story about stray dogs who learn about their identities and the meaning of freedom. Scheduled for release on Jan. 16, it cost around 3.5 billion won to make.

Bucking its tradition of distributing period epics like “The Princess and the Matchmaker” (2018), “The Fortress” (2017) and “The Map Against the World” (2016), the major distributor has decided to focus more on modern tales in 2019.

“We’re not distributing any historical movies this year,” said a representative. “Our films this year are mostly set in the modern period, and they fall into diverse genres. Another notable characteristic of the films we’re distributing this year is that several of them are spinoffs or sequels based on original content.”

CJ is also set to release the highly anticipated “Parasite” and “Exit” in the upcoming months.

Directed by “Okja” filmmaker Bong Joon-ho, “Parasite” is a family drama about a group of four people with unusual characteristics. Actors Song Kang-ho, Jo Yeo-jeong and Choi Woo-shik appear in the upcoming title, which is scheduled to arrive in the first half of the year.

“Exit,” which stars Cho Jung-seok and Yoona, is an action disaster drama that tells the story of a jobless man and his university junior who try to escape from poisonous gas spreading through the city.

Lotte Entertainment, which saw success with the “Along with the Gods” franchise, as well as “Intimate Strangers” last year, is working on two big budget movies for release this year - “The Divine Fury,” directed by “Midnight Runners” director Kim Ju-hwan, and period film “Astronomy” (working title), from “The Last Princess” filmmaker Hur Jin-ho.

Some of the anticipated titles from other distributors include Megabox PlusM’s “Our Country’s Language,” about King Sejong and scholars who risked everything to invent the Hunminjeongeum - the initial name of hangul - and Showbox’s crime action title “Hit-and-Run Squad,” which depicts the lives of those working for the hit-and-run task force at a police station.

Apart from local movies, a number of popular Hollywood franchises are set to return to theaters this year.

The latest installment in Marvel’s “Avengers” franchise, “Avengers: Endgame,” is slated to arrive in theaters in April, while Disney’s follow-up to “Frozen” (2013), which sold more than 10 million tickets in Korea, will also be released in 2019. Quentin Tarantino’s mystery crime film “Once Upon a Time in Hollywood,” starring Leonardo DiCaprio, Brad Pitt and Margot Robbie, will have cineastes eagerly waiting for the summer to arrive.