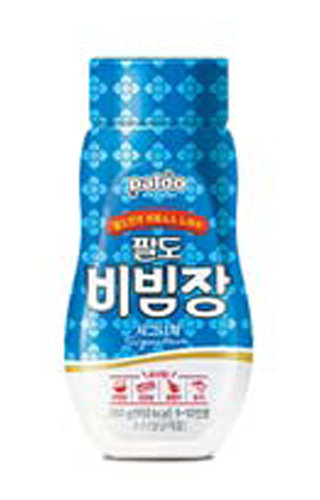 Bibim Men sauce in squeezable bottles will be on the shelves at Lotte Mart starting next Tuesday.

Paldo, the instant noodle maker, announced Thursday that it launched the new product to offer consumers a way to conveniently incorporate the sauce from the company’s popular spicy noodle into their cooking.

In September 2017, Paldo began selling its Bibim Men sauce in single-use pouches separate from the noodles for use with any dish.

The product actually started out as an April Fool’s joke posting on the company’s social network account, but was eventually released due to strong support online. Over 6 million pouches have been sold.

The new bottled sauce, dubbed the Bibim Men Signature Sauce, will taste the same as the sauce sold in pouches. The sauce is made from onions, apple sauce, garlic and red chili peppers. It is more savory and thicker than the original sauce in Bibim Men instant noodles.