Nexon could go up for sale at $7 billion

Nexon could go up for sale at $7 billion

The founder of Korea’s top gaming company Nexon has put the company up for sale, according to a local media outlet, in what could be the biggest such deal in Korean history. 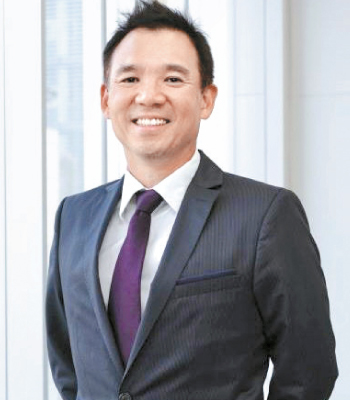 The shares include Kim’s holdings, at 67.49 percent, and those held by his wife, at 29.43 percent, as well as 1.72 percent held by Wise Kids, a software company Kim owns.

Deutsche Bank and Morgan Stanley have been selected to oversee the sale, according to the report.

A spokesperson for NXC responded to the report, saying that the company is in the process of confirming the news.

“We are checking whether the report is true,” the spokesperson said, “It takes some time because of [the rules concerning] electronic disclosure. The official announcement will be unable to come out today.”

As for the rationale behind the decision to sell, some media reports citing anonymous sources at Nexon point to Kim’s reluctance to deal with the government’s hefty regulations on the gaming industry.

NXC, however, said that the reports are groundless, adding that “Chairman Kim hasn’t complained about government regulations.”

While it is immediately hard to verify Kim’s motivations, financial reasons are unlikely to be the cause. Nexon, which trades on the Tokyo Stock Exchange, has shown strong earnings performance. Sales rose 18.7 percent in 2017 on year to 234.9 billion yen ($2.2 billion). Entering 2018, the company maintained steady growth with the third quarter seeing a 15 percent jump in revenue compared to the same month last year.

Local media reports suspect that the potential buyer could be China’s Tencent Holdings or U.S. video game publisher Electronic Arts, given the massive size of the sale. Tencent already stands as the sole local publishing partner in China for Dungeon Fighter Online, a multiplayer video game developed by Nexon subsidiary Neople. The Chinese internet giant holds a sizable stake in Korea’s major game and entertainment units, including Netmarble and Kakao.

Another focus of the deal is how NXC will process the sale of non-gaming affiliates.

Non-gaming holdings owned by both NXC and Nexon span a wide range of industries.

The founder could either split them from the sale or bundle them together.

Built in 1994, Nexon made its name known with The Kingdom of the Winds, a 2-D fantasy massively multiplayer online role-playing game (Mmorpg). The game was recognized as the longest-running commercial graphical Mmorpg by the “Guinness World Records” in 2011.