Can Bento’s boys go all the way?

Can Bento’s boys go all the way? 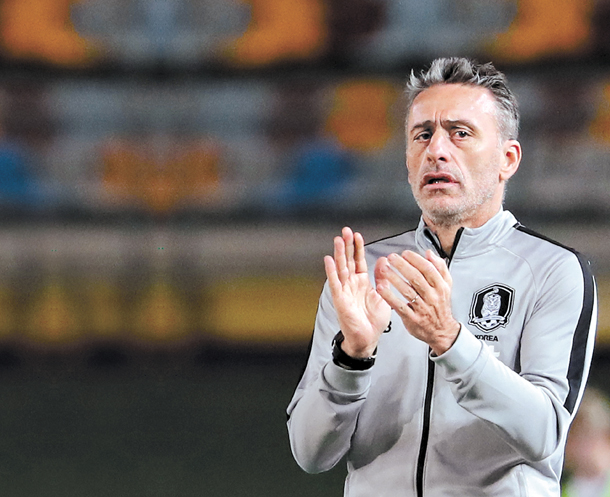 The tournament has an expanded field of 24 countries this year, a huge increase from the 16 nations that competed in 2015. The top two teams from each group will advance to the round of 16, while four of the third-place teams will earn a spot in the next stage.

At this year’s Asian Cup, 17 of the 24 teams have head coaches from Europe. Only four teams - Australia, Japan, North Korea and Turkmenistan - have appointed domestic head coaches.

Korea has won the tournament twice - in 1956 and 1960. Since 1960, Korea hasn’t won. Korea is assigned in Group C and is expected to easily get through the group stage as they are the highest ranked team.

Korea will start the tournament with a match against the Philippines. Fans are expecting a big win as Korea currently has a perfect head-to-head record against the Southeast Asian country.

Although the Philippines is the lowest ranked team, at No. 116, in Group C and will make their first appearance at the quadrennial tournament, they’ve been receiving quite some spotlight with new head coach Sven-Goran Eriksson.

Eriksson is one of many famous head coaches in the Asian Cup this year, having led England to the quarterfinals at the 2002 and 2006 FIFA World Cups.

In addition to Eriksson’s impressive coaching career, the players also bring experience as 21 of 23 players have played in Europe. However, the team will play the tournament without its star goalkeeper, Neil Etheridge.

Korea will play its second match against No. 91 Kyrgyzstan, the first time the two teams have faced each other. Just like the Philippines, Kyrgyzstan will make their debut at the Asian Cup.

Korea will then finish the group matches against No. 76 China, led by Marcello Lippi. The last match is expected to have the biggest audience as it will see Son Heung-min of Tottenham Hotspur return to the team.

Although China is not a strong team when it comes to football, they can’t be looked down upon as Korea did lose to China in their most recent match. Under Lippi, China defeated Korea 1-0 during the FIFA World Cup qualifiers. Korea also has a dominant all-time head-to-head record against China, at 19 wins, 12 draws and two losses.

This is the first official tournament that the Korean national football team will compete in under Bento. Since he was appointed as head coach, Korea has had an unbeaten record in friendly matches, with three wins and four draws in seven matches. Bento got off to a strong start with a 2-0 win against No. 36 Costa Rica and a scoreless draw against No. 13 Chile.

The most recent friendly match against Saudi Arabia on Dec. 31 ended in a scoreless draw.

During Bento’s time as the head coach of the Portuguese football team, his strategy mainly centered on Cristiano Ronaldo. Using this approach, Bento successfully led Portugal to the semifinals at Euro 2012 but got eliminated in the group stages at the 2014 Brazil FIFA World Cup. After the World Cup, Bento faced criticism that the team relied on Ronaldo too much.

Bento is expected to have a similar strategy, this time with Son. However, as Son won’t be able to play for Korea in the first two group matches, it has raised a lot of questions as to what kind of strategy Bento will come up with.