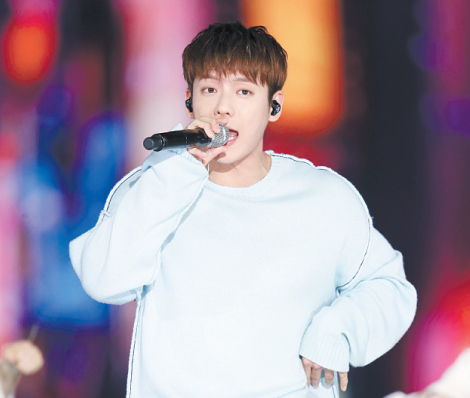 Member Lee Min-hyuk from boy band BtoB is set to release his first solo album on Jan. 15 before he sets off to complete his mandatory military duties.

On Friday, the singer unveiled a teaser image of the upcoming album titled “Hutazone,” featuring half of Lee’s face with an orange-and-black background. Huta is Lee’s stage name.

The release of the solo album comes eight years after Lee debuted with the group BtoB in 2012. The group had gained fame through their ballad-pop songs like “Remember That” (2016), “Missing You” (2017) and “Only One for Me” (2018). Member Lee Chang-sub released “Mark,” also his first solo album, just last month, on Dec. 11.

Lee Min-hyuk is set to begin his mandatory military service as a police officer before March. The exact enlistment date, however, has not been announced yet.