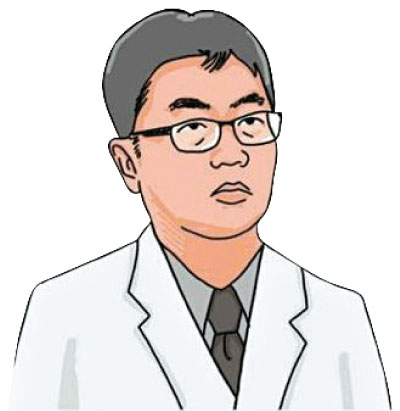 Walking into the funeral center at the Seoul Red Cross Hospital in central Seoul on Thursday evening, I checked the contact list on my phone in case I may have come across the doctor at some point in the past.

After bowing in front of his portrait photo, I turned to his family members, who were clad in black and white traditional funeral clothing.

“I’m sorry for your loss,” I told them. I felt like there should be more words for a time like this, but I couldn’t find them.

Lim was seen smiling slightly and somewhat shyly in his portrait at the funeral center, which was packed with his relatives, colleagues and patients.

Lim was stabbed to death by a patient, a man diagnosed with bipolar disorder.

“I wonder why they couldn’t save him,” one visitor told another. “It was a huge university hospital after all.”

“The case is but the tip of the iceberg on mental illness issues,” said another visitor.

The patient suffering from bipolar disorder, a 30-year-old man surnamed Park, entered Kangbuk Samsung Hospital in central Seoul on the evening of Dec. 31.

Lim had ordered Park’s hospitalization months before, and this was their first consultation after he was discharged.

During their conversation in Lim’s office, Park drew out a knife and started to threaten him. Lim ran into an evacuation room attached to his office.

But after apparently realizing that his nurses may be in danger, Lim came out of the room, shouted at the nurses to run for their lives, and was stabbed in his chest multiple times by his patient.

Lim was immediately moved to the emergency room, but died while receiving treatment. A nurse called the police and they arrested Park at the scene.

Lim’s family donated all of its condolence money to the Kangbuk Samsung Hospital. They asked the hospital to use half of it to establish a safer working environment for doctors and the other half for suicide prevention and depression treatment programs at the hospital, which Lim was heavily involved in.

Lim was best known for creating a communication model for doctors when dealing with patients who suffer from depression. He received an award from the Korea Association for Suicide Prevention, which recognized his contribution to developing the psychiatric model.

“He knew what it meant to be depressed and in pain,” Lim Se-hee said. “He wanted the patients to receive treatment without feeling the social stigma that is placed on mental illness patients.”

He knew their pain because he had also once tried to take his own life.

From doctor to patient

Lim was bedridden for four weeks in June 2012 because of a herniated disk condition in his back. He wrote about this time later in his book, “Nobody Wants to Die” (2016).

His daily movement was limited to his painful and slow walk to the bathroom. On his birthday in June, his wife cooked up seaweed soup, the classic birthday dish in Korea.

While awkwardly maneuvering a spoon to eat his seaweed soup, Lim spilled some of the soup onto the lumbar pad he was wearing.

“Why even cook all these things, do you think I want to celebrate?” Lim snapped at his wife. His two sons were there. They avoided his eyes.

“Please, help daddy feel better soon,” his second son, aged five at the time, whispered as he blew out the candle on his birthday cake.

It broke him to see what he was doing to his family, Lim wrote about himself.

That night, he quietly looked for the key to his car and planned to kill himself. But before leaving his house, he took one look at his wife and his sons sleeping. As much as he hated his life, he couldn’t find the will to leave them this way, he said.

“After that,” he wrote, “I could tell patients that I know what it’s like to be where they are. Even as they feel like they are drowning in darkness, I want to help them find even a sliver of hope.”

That experience made Lim a better doctor than many in terms of understanding where his patients come from, his colleagues said.

“A lot of Lim’s patients included those who have suffered from depression for a long time,” said Shin Yeong-cheol, a psychiatrist at Kangbuk Samsung Hospital. “But Lim was with them in the brunt of it all.”

It was evident that Lim touched many lives over his two decade-long career.

“I was shocked to see that at least a fifth of the visitors to the funeral center were Lim’s patients and their relatives,” said Oh Gang-sub, president of the Korea Association for Suicide Prevention.

“Doctor Lim, I still remember that one week I spent at the hospital. It was the darkest hours of my life,” one former patient wrote in a letter to Lim, which was given to his wife at the funeral.

“But I was lucky because I met you and you gave me hope to live again. I grieve bitterly because I cannot say this to you in person.”

Lim is said to have boxes of such letters that he received from his patients at his home.

“I remember the doctor,” one user wrote in an online community. “He treated my mother’s panic disorder for five years. I would visit the clinic together, and at the end of each visit, he would stand up and bow 90 degrees in seeing us out. I had never seen a doctor like that before.”

Though he spent many hours with his patients, Lim made sure his family was taken care of as well.

“My brother would always make time to take our parents out to a dinner every two weeks,” said Lim’s sister, Se-hee. “He also made sure their favorite foods, dried persimmons and dried corvinas, did not run out at their home.”

“There was a national interest and support for fighting cancer, and there has been some success in this field,” said Lee Dong-woo, a doctor in the mental health department of Inje University Sanggye Paik Hospital in northern Seoul. “Mental illness is like a cancer of the mind. The health sector should focus on research and development in this field. That will be a way to honor Lim’s lifetime of work.”

Around one-fourth of the population older than 18 have experienced mental illness at least once in their lifetime in Korea, according to a survey by the Ministry of Health and Welfare in 2017. Of them, at least half have experienced depression.

Prime Minister Lee Nak-yon, who attended Lim’s funeral on Thursday, said, “We will come up with responses to ensure safe working environments for doctors as well as for patients of mental illnesses.”

In his last messages on social media, Lim talked about how he sees his profession.

“There are people in this society who experience mental and physical pain to such a devastating degree that is hard to believe some people actually go through such pain,” he wrote. “In those times, I sometimes grow resentful that they walked into my office instead of finding other doctors.

“But that’s also when I tell myself, time and again,” he wrote. “This is my job, to walk with them on their journey to healing.”