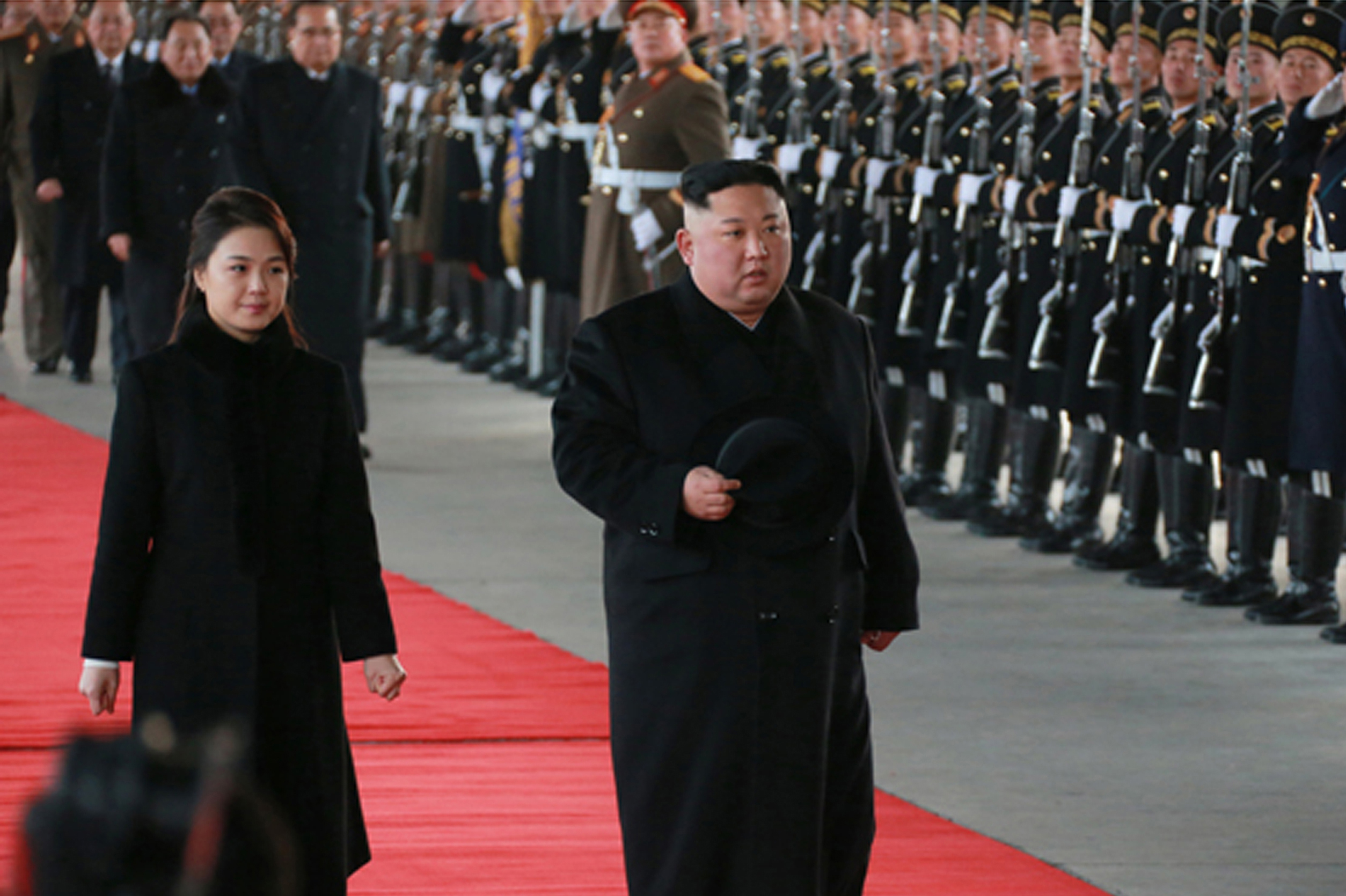 North Korean leader Kim Jong-un appears with his wife Ri Sol-ju in Pyongyang Station in Pyongyang before leaving for China on Monday. The North's state media Rodong Sinmun reported Tuesday that Kim left for China for a four-day visit. [KCNA/YONHAP]

North Korean leader Kim Jong-un is in Beijing for talks with Chinese President Xi Jinping ahead of a possible second summit with the United States.

The North’s official Rodong Sinmun reported Tuesday that Kim, accompanied by his wife Ri Sol-ju and top aides, kicked off a four-day visit to China Monday at the invitation of Xi.

This marks Kim’s fourth trip to China in the last nine months. His first meeting with Xi was a surprise visit last March. That was also the first time the North Korean leader left his country since he took his post in late 2011 after the death of his father.

It added that officials saw off the leader and his entourage, who took a private train to China Monday afternoon. 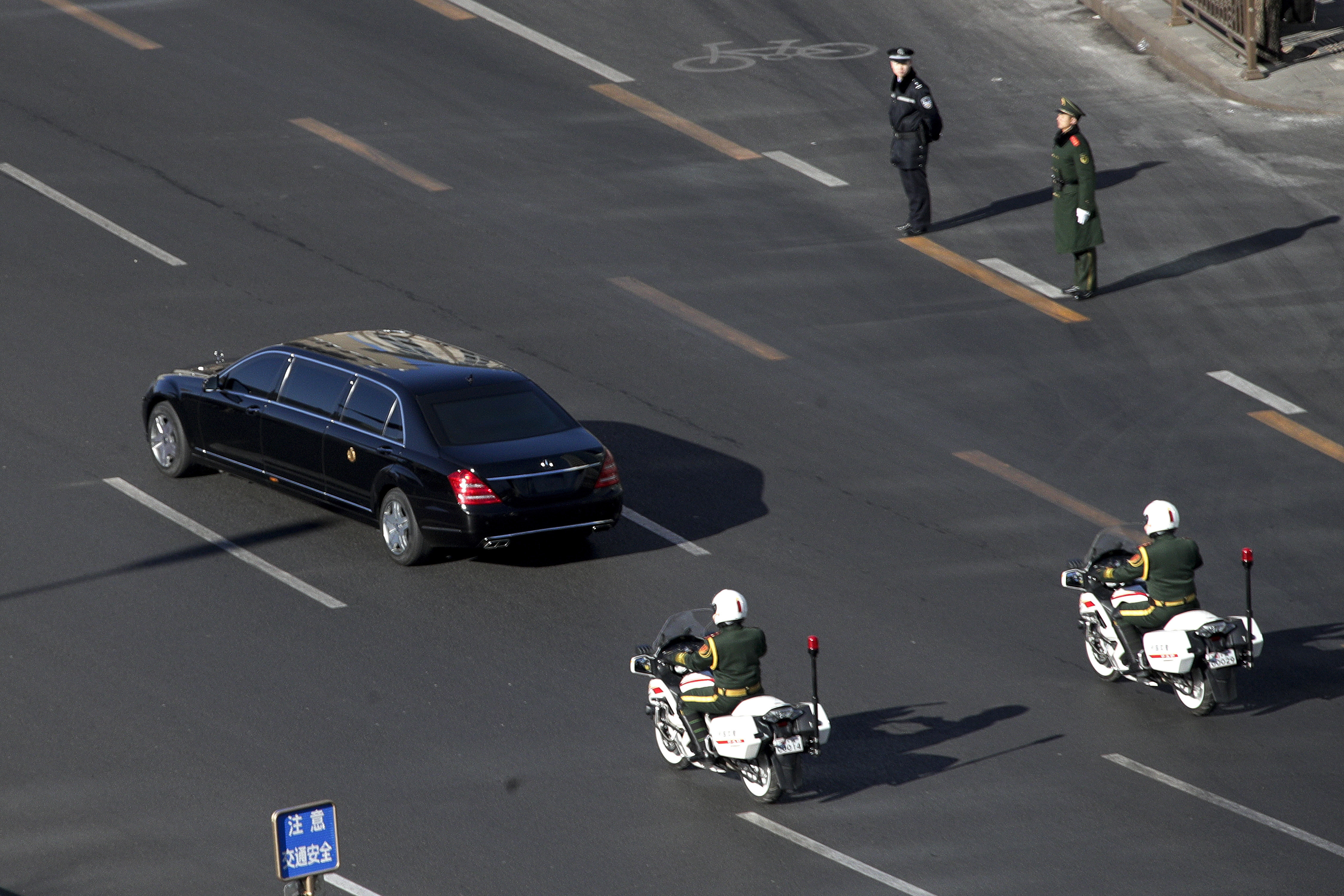 A stretch limousine with a golden emblem, similar to one North Korean leader Kim Jong-un has used previously, is escorted as it heads toward the Diaoyutai State Guesthouse in Beijing, Tuesday. Kim is making a four-day trip to China, the North's state media reported Tuesday, in what's likely to be an effort by Kim to coordinate with his only major ally ahead of a summit with U.S. President Donald Trump that could happen early this year. [AP/YONHAP]

It is expected Kim will hold a summit with Xi and attend a welcome banquet.

Likewise, the two leaders could discuss strategy ahead a second North-U.S. summit, which could take place later this month or February.
Today is also Kim's birthday.

Kim made three previous visits to China this year, two before his June 12 summit with U.S. President Donald Trump, and one after the Singapore summit.

In a New Year’s address, Kim said that he is ready to meet with Trump “anytime.” Trump in turn last week confirmed he had received a personal letter from Kim and told reporters Sunday that a location for a second summit will be announced “in the not too distant future.”
Xi likewise is expected to make a visit to Pyongyang, as the two countries mark the 70th anniversary of establishing diplomatic ties this year.