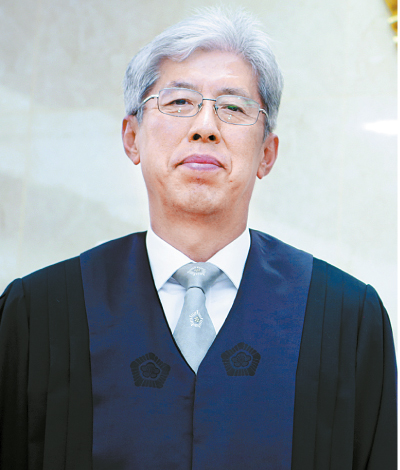 Choi In-seok, the chief judge of the Ulsan District Court, tendered his letter of resignation on Monday.

In an interview with the JoongAng Ilbo on Tuesday, Choi expressed his disapproval with the prosecutors’ investigation into former Supreme Court justices.

Before his resignation, legal sources said that Choi had “repeatedly stated that he would resign - and the reason for his decision would be most likely because he wasn’t satisfied with the current stance the court has been taking in the recent years.”

“The public always enjoys good bloodshed. But a judge should never be affected by that. This is something that I’ve learned in my 32 years of working in this field,” Choi said.

The Supreme Court has been embroiled in a controversy of abusing their power since last June. Former Chief Justice of the Supreme Court Yang Sung-tae is the main target of the prosecution’s investigation.

During their investigation, prosecutors used “inappropriate and unnecessary raid and search” investigation methods, according to Choi, where they barged into the judge’s residential spaces in search for proof.

The public, enraged by these allegations, however, supported the investigation. Choi said the younger generation of judges echoes the public’s opinion. Choi explained that he felt “great disappointment that the judges were acting in the same way as the public, although the suspects weren’t proven guilty yet.”

Choi received angry backlash directly from the young judges and rose as a topic of conversation after uploading an article that criticized the search methods of the prosecutors on CourtNet, the internal communication network for judges, on Nov. 29 last year.

Choi, who has been assigned to criminal trials ever since his first year as a judge, said he was sensitive and has a critical mind over such “raid and search” tactics for a long time.

“The problem with the prosecution is, when they begin their investigation, they start to barge in personal spaces, such as the judges’ residential areas. The fact that they blindly raid through private property in search for evidence without knowing for sure what they are looking for, is wrong,” Choi said.

He also stated in his article in CourtNet that “just because the prosecution is doing a criminal investigation, doesn’t mean that they have the right to invade other people’s privacy. This cannot be allowed in a nation that pursues democracy, and the operation methods certainly do need an enhancement. It needs to get better.”

Other than the prosecution, Choi criticized what he said were critical problems in the courts as well, pointing out the low bail permission rates in Korea.

“The problem with our country is we have this misconception that bail is an inappropriate action of buying and selling punishment. But that’s something that should change. Nonrestraint investigation and trial should be established as a rule in our country,” Choi said. “It is up to the judges to break the custom of the prosecutors detaining a suspect prior to the conduct of a trial, not encourage it,” he added.

Regarding the current chaotic atmosphere of the court, Choi said that he was “disappointed and feels that it’s a pity.”

“It is some of the senior judges that have been embroiled in this allegation, not the entire legal community,” said Choi. “There is no reason for the rest of the judges to feel despondent. They’re doing well.”

Choi also emphasized the importance of enhancing the National Court Administration’s systems, their power structure and the operation methods of the judge’s council to avoid such allegations from being raised again.

Nonetheless, despite all the controversies and criticism, Choi said that “The judicial branch still remains strong and trustworthy. The trust hasn’t completely collapsed. The most reliable agency for truth is the court itself.”

“It is true that the court has been involved in allegations, and the nation may have lost their belief [in the court], but a majority of the judges are still conducting their trials with strong conviction,” Choi said. “That, itself, is the very reason why the court remains strong and trustworthy for the people.”