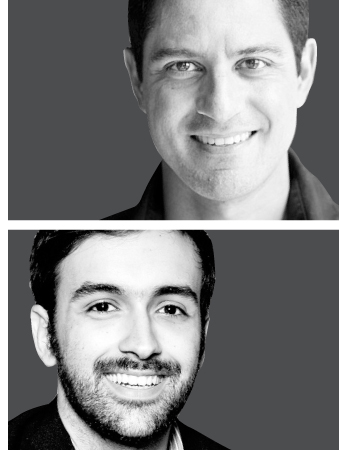 Brazil greeted 2019 with a new president. The far-right politician Jair Bolsonaro was inaugurated on Jan. 1 following an acrimonious and controversial election campaign. As he was sworn in, Bolsonaro pledged to revitalize the economy, eliminate corruption and reduce crime.

Foreign policy had taken a back-seat in his polarizing campaign rhetoric, yet this is arguably the sphere that most clearly embodies the radical ideological changes that will characterize the new Brazilian government. While there are considerable doubts as to how the new Brazilian president will deliver on most of his election promises, it is certain that Brazil’s foreign policy will undergo deep transformation.
Reflecting Bolsonaro’s narrow view of the present world order, Brazil will embrace unilateralism while pursuing strategic cooperation with those countries that represent the core of “Western Civilization” — an imprecise expression widely used by Bolsonaro’s staff. U.S. Secretary of State Mike Pompeo attended Bolsonaro’s inauguration and publicly recognized this shift in the ideological focus of foreign policy under the new Brazilian government, declaring that the U.S.-Brazil partnership “will benefit the world [through] a set of shared values.”

The international role that Brazil seeks to embrace under Bolsonaro’s government sharply contrasts the country’s traditional pursuit of a multilateral foreign policy and is characterized by the attempt to represent and lead the nations of the developing world. The new Brazilian atlas of preferred partners and priorities designed by Bolsonaro and his appointed Chancellor, Ernesto Araújo, has already sparked an unusually fierce debate across the country over foreign affairs, particularly regarding quarrels with regional neighbors that were strategic allies of previous Brazilian governments, such as Cuba and Venezuela.

Equally controversial have been several moves that distance Brazil from its traditional multilateral stance on international politics, including its potential withdrawal from the Paris Environmental Accord and the Marrakesh Migration Pact.

Yet despite these more visible and publicly inflammatory shifts in foreign relations, it is South Korea which will likely play a more significant role in Bolsonaro’s brave new world. In 2019, Brazil and South Korea will mark 60 years of rather sleepy diplomatic relations, but the rise of Bolsonaro looks set to dramatically re-energize the relationship.

In an increasingly Hobbesian world in which global and regional powers are becoming less cooperative, Brazil is poised to abandon its efforts to build a multilateral world order and will instead directly enter the U.S. realm of influence. In this context, Korea, as a traditional and strategic U.S. ally in Asia, plays a critical role in Brazil’s strategy. Trade is also a significant factor here: as of November 2018, Korea has become Brazil’s seventh biggest commercial partner, with a sum of transactions between the two totaling more than $8 billion and thereby surpassing Japan, Brazil’s traditional partner in Asia.

The current Mercosur-Korea FTA negotiations, launched in 2018, represent the most likely front on which the benefits of Bolsonaro’s direct interest in the region will first be felt. The Brazilian agro-industry and Korean electronics companies are certainly enthusiastic supporters of this new initiative, but they face serious protectionist resistance from their domestic counterparts — a matter which Bolsonaro and his team will be forced to grapple with as they pursue their new agenda.

On the educational and technological fronts, Korea encapsulates the dream of modernity that Brazil so admires, and it is these areas that promise the genuine possibility of cooperation between the two countries. Bolsonaro has praised the Korean education system on multiple occasions and has shown a keen interest in Korean initiatives to promote start-up incubation and e-learning initiatives.

For Bolsonaro and his team, Korea is a powerful role model. While still a congressman, Bolsonaro visited Seoul in 2018 on a congressional mission that also took in Japan and Taiwan, but it was Korea that clearly captured his imagination. During his visit, Bolsonaro repeatedly contrasted the prosperity of South Korea with the poverty of the North as a means of criticizing his so-called socialist opposition, even visiting the Joint Security Area in Panmunjom specifically for that purpose.

Regardless of the ideological motivations involved, Bolsonaro’s visit to Korea reignited interest in Korea-Brazil relations, and this should be warmly welcomed by citizens of both countries as previous administrations have arguably neglected this relationship. The last official visit from a Brazilian President to Korea — excluding official attendance of the Group of 20 (G-20) Summit in 2010 — was in 2005, during Luís Inácio “Lula” da Silva’s first term as President. After that, in 2015, President Park Geun-hye visited President Dilma Rousseff in Brasília, Brazil, but there was little opportunity to follow-up on these overtures as both leaders were impeached the following year and replaced by their political opponents.

This year promises to mark a new chapter in Korean-Brazilian relations, as President Moon Jae-In has signaled his willingness to deal with Bolsonaro by sending Rep. Jeon Hae-Cheol to the inauguration in Brasilia. Indeed, Korea can be an influential partner that may positively contribute to Brazil’s repositioning within the emerging new world order. The celebration of the 60th anniversary of a constructive Brazil-Korea relationship should serve as an extra incentive to deepen a promising partnership between both countries.