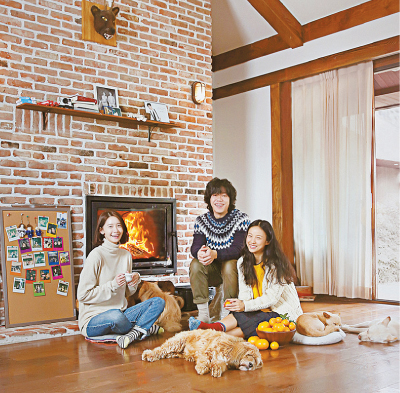 Reality show “Hyori’s Homestay” has helped keep Jeju’s tourism industry afloat by attracting over a million domestic tourists to the island at the height of China’s retaliation against the deployment of a U.S.-led missile system, research found.

The Bank of Korea’s Jeju office published a report last Tuesday analyzing the effect of the show’s popularity on tourism to the island.

“Hyori’s Homestay” was a reality show produced by cable channel JTBC and starring Lee Hyo-ri, ex-member of mega-hit girl group Fin.K.L., and her husband Lee Sang-soon of rock band Roller Coaster. The show documented the couple operating their Jeju home like a bed and breakfast, welcoming tourists for free stays and meals. “Hyori’s Homestay” also featured cafes and restaurants in Jeju as well as the island’s natural attractions.

According to the report, “Hyori’s Homestay” was responsible for drawing a total of one million domestic travelers throughout the duration of the show, which ran for two seasons from June 2017 to last May. “Hyori’s Homestay” enjoyed top viewership ratings, even setting a new record as JTBC’s most watched reality show ever.

The show is estimated to have added 625.1 billion won ($558.4 million) to the Jeju economy. That figure is equal to 2 percent of Jeju’s total GDP in 2016. Restaurants, accommodation services and vehicle rental companies were the biggest beneficiaries of the boom.

The TV show was also found to have created around 8,700 jobs on the island, mainly in retail and cultural and leisure services.

“Hyori’s Homestay” also helped heighten interest in the western side of the island, where the host couple’s home was located. Before, tourism was mainly concentrated in southeast Jeju.

Attractions like Gwetmuloreum and Gumoreum, mounds of accumulated volcanic lava and ash in the west, soared in popularity after TV exposure, according to analysis of online search traffic. Before, they had not been well known among tourists.

The Bank of Korea noted that the show helped boost domestic tourism at a critical time when Chinese tourists had stopped making their way to Jeju after Beijing discouraged traveling to Korea as part of its retaliation against the deployment of the U.S.-led Terminal High Altitude Area Defense (Thaad) antimissile system.

The bank nonetheless concluded its report on a stern note, warning Jeju authorities to take measures to keep the newly-revived interest in the island from falling.

“Though the number of Korean tourists traveling to Jeju reached its peak while ‘Hyori’s Homestay’ aired, figures have fallen since the show’s end,” said the report.

“It is necessary to develop new tourism and marketing ideas in line with the rising trend of tourists traveling solo or in small groups and focus on providing interactive experiences and healing through nature.”

In an ironic twist, the celebrity couple was actually forced to sell their home and move away from Jeju after the show’s second season due to privacy concerns from the increasing number of unwanted trespassers on their property. The couple is believed to currently be residing in Gyeonggi.