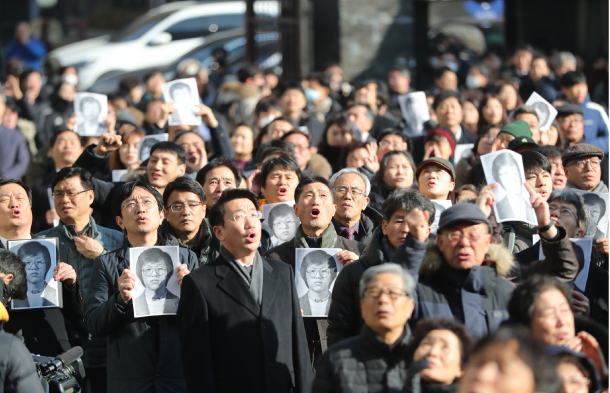 Participants in the 32nd annual memorial for student activist Park Jong-cheol re-enact a demonstration of the June 1987 opposition of military dictatorship at the construction site for a planned Democracy and Human Rights Memorial in Yongsan District, central Seoul, Sunday. The news that Park Jong-cheol, then a Seoul National University student, was tortured to death triggered massive protests against the dictatorship and calls for democracy. [NEWS1]