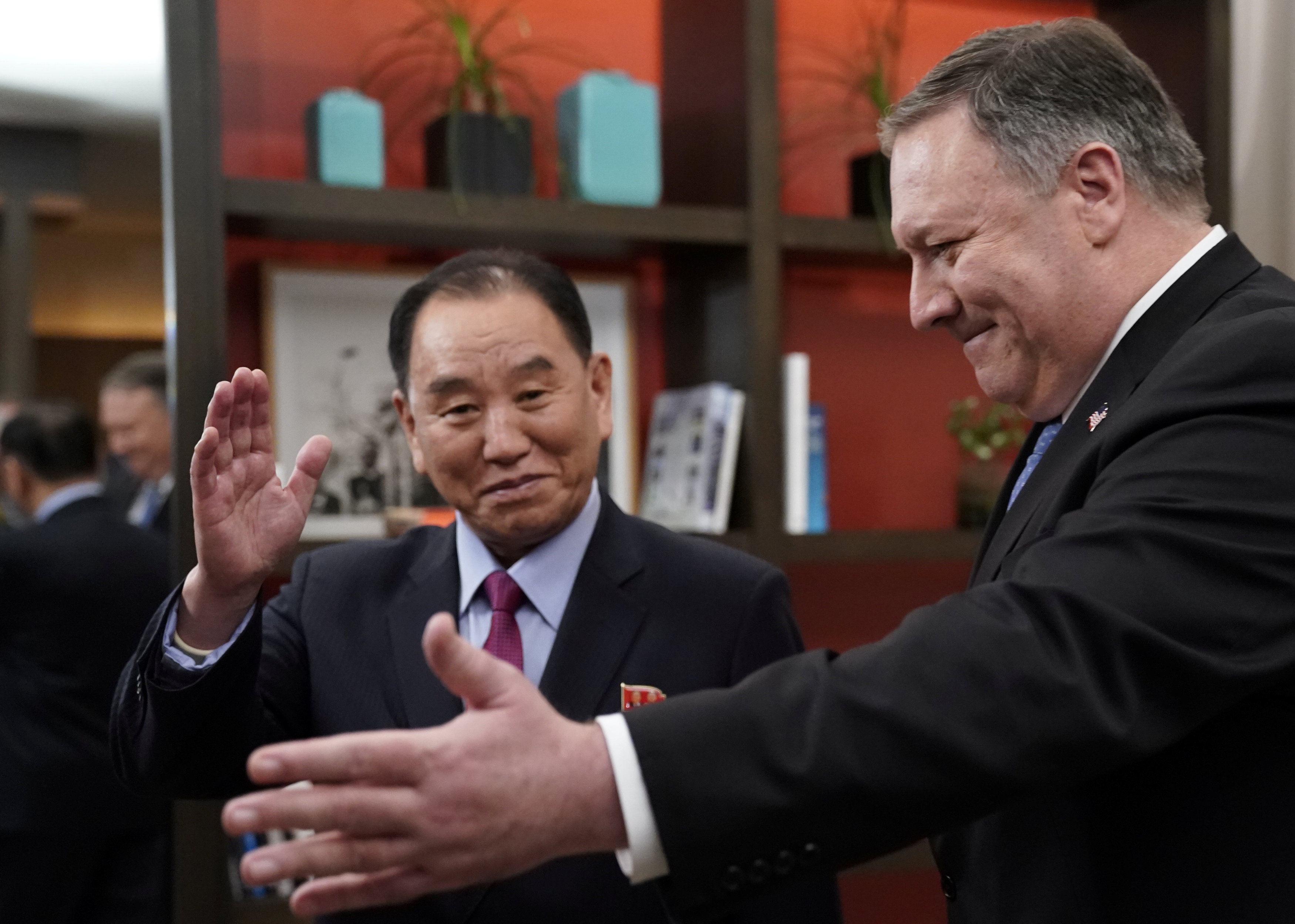 Trump and Kim met for 90 minutes at the Oval Office “to discuss denuclearization and a second summit, which will take place near the end of February,” said White House Press Secretary Sarah Huckabee Sanders in a statement released after the meeting. “The President looks forward to meeting with Chairman Kim at a place to be announced at a later date.”

Vietnam and Thailand have been reported as possible locations for a second North-U.S. summit. They are both Southeast Asian countries with North Korean embassies that are located within the flying range of the North Korean leader’s Soviet-era private jet, the Chammae-1.

Kim, who doubles as director of the North’s United Front Department, which is responsible for inter-Korean relations, arrived in Washington Thursday evening on a flight from Beijing. He was escorted by a motorcade to Dupont Circle Hotel, located near the White House.

Kim was accompanied by a delegation of around 10 people including Kim Song-hye, a senior official of the United Front Department, Choe Kang-il, a deputy director general for North American affairs at the North’s Foreign Ministry, security and an interpreter.

On Friday morning, Kim held talks with Pompeo and Stephen Biegun, the U.S. special representative for North Korea, at the Dupont Circle Hotel.

Robert Palladino, spokesman of the U.S. State Department, said later in a statement that Pompeo and Biegun “had a good discussion” with Kim Yong-chol “on efforts to make progress on the commitments President Trump and Chairman Kim Jong-un made at their summit in Singapore.”

Afterward, Kim made a visit to the Oval Office to meet Trump and is seen to have delivered a letter from the North Korean leader to the U.S. president. This letter would have been a response to a letter Trump sent to Kim Jong-un last weekend. Pompeo held a luncheon with the North Korean delegation afterward.

Sanders said ahead of Kim Yong-chol’s meeting with Trump that the two “will discuss relations between the two countries and continued progress on North Korea’s final, fully verified denuclearization.”

Kim Yong-chol had initially been scheduled to hold high-level talks with Pompeo in New York in early November, but that visit was canceled at the last minute. During his last visit to the White House on June 1, Kim Yong-chol delivered a letter from Kim Jong-un to Trump, which helped put back on track the historic first North-U.S. summit on June 12 in Singapore.

Biegun was likely to travel to Sweden for talks with a senior North Korean diplomat, reported AP Friday, citing a U.S. official.