Give start-ups a chance

Give start-ups a chance 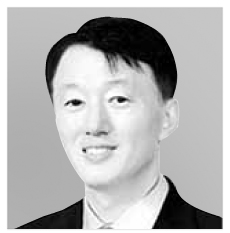 Choi Jong-hag
The author is a professor of Seoul National University College of Business Administration.

The innovation-led growth policy is the Moon Jae-in administration’s plan to drive the slow-moving economy through innovation. Moon emphasized the push in his New Year’s press conference. For the policy to reap fruit, entrepreneurs must be motivated to become adventurous by aggressively investing in research and developing new technology and products. The government’s role is to create a business environment enabling entrepreneurs to experiment with new business concepts. Vibrant activity in new ventures will help encourage growth in small- and mid-sized and venture enterprises. New jobs will appear and the focus on large companies can relax.

Entrepreneurs from small-scale and venture enterprises speak of difficulty in fund-raising for R&D that requires lengthy investment. Some could point to numerous policy funds from government offices devoted to support small- and mid-sized and venture companies.

The funds are usually supplied in loans at cheaper rates. Companies cannot get enough funding on the potential of their technologies or their own credit without collateral. They cannot get further loans if they fall into the risky category with a debt ratio exceeding a certain level due to earlier borrowing. Bank loans are usually lent out for three years, which cannot cover the R&D that usually goes beyond that period.

A stock issue therefore can be a better fund-raising option for small enterprises, but they cannot easily do so because too many outstanding shares could threaten management. When the founder loses management rights, a company cannot pursue risk-taking R&D. Again, the odds of seeing through an R&D project fall.

A solution to the conundrum could be allowing companies to issue different classes of shares. Common Korean issues are in ordinary shares — either in common shares carrying equal single voting rights and dividends per share, or preferred shares without voting rights. In many developed markets, shares can be issued in different classes. An ordinary share can allow from two to 10 voting rights. Multinationals trading on the U.S. market — like Google, Facebook, Xiaomi and Alibaba — ensure their management rights without having to spend to hold an ownership stake through the issue of management shares. 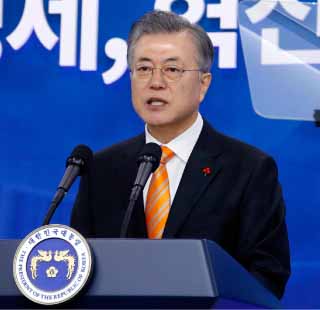 The management shares allow start-ups to pursue R&D. Without protection, their innovations could not have survived the so-called Death Valley and see the daylight. Their growth, as the result of successful innovation, ends up enriching the market and economy.

The tool is shunned in Korea despite its expediency. The liberals that are now in power with the support of civilian organizations and progressive lawmakers are strongly opposed to the idea. Their greatest fear is its abuse to empower the already-elephantine family-run chaebol.
No system can be perfect. Every good system has a downside. No public policy would be possible if the government sought flawless ideas. No one would find a life partner if they sought a perfect match. Couples compromise and agree to spend their lives together when they see the brighter side in one another. In choosing a new policy, the upsides and downsides must be weighed.

A multiple voting-right system has more upsides than downsides. That is why they have become common in many developed economies. The governments also would have been aware of the flaws. The dangers can be supplemented by adding clauses to prevent misemployment. For instance, multiple voting rights could be restricted to early-stage companies and unaffiliated to large chaebol.

New innovations and businesses are pivotal at a time when traditional mainstream industries are losing competitiveness. More new sectors must be born to buttress jobs and exports. The government should persuade inner opposition and give the system a try. Without thinking outside the box, the innovation-led growth policy will never be able to take off or achieve meaningful results.