Love Yourself a BTS-themed coke

Love Yourself a BTS-themed coke 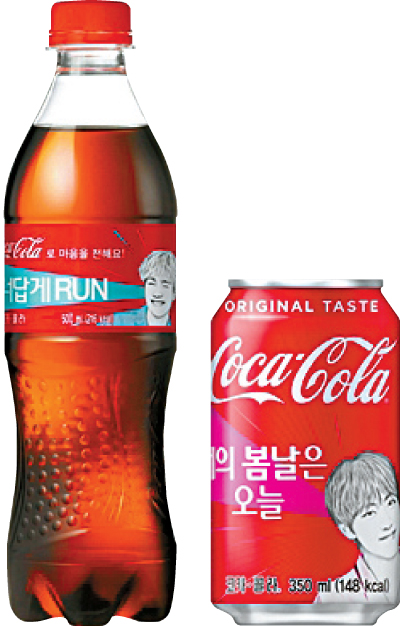 Coca-Cola launched BTS-themed bottles as part of its “Share a Coke” campaign on Monday.

The bottles come in seven different designs - each one representing a member of the K-pop boy group - with inspirational messages referencing the group’s song titles.

This year, the special Coke bottle labels read in Korean “Your spring day is today,” “I’m fine if it’s you,” “Run like yourself,” “You’re really dope,” “You are my idol,” “Go instead of worry” and “This year is blazing fire.”

Bottles are also decorated with images of the members’ faces and vivid colors like pink, yellow and green.

The BTS-themed drinks are available in grocery stores and convenience stores across Korea. They come in 350-milliliter (12-ounce) aluminum cans and 500-milliliter, 1.5-liter and 1.8-liter bottles.

Coca-Cola in Korea has been launching special edition Coke bottles as part of its Share a Coke storytelling campaign since 2014. The campaign’s goal is to help consumers share hopeful messages with friends and family by exchanging the drinks with one another.