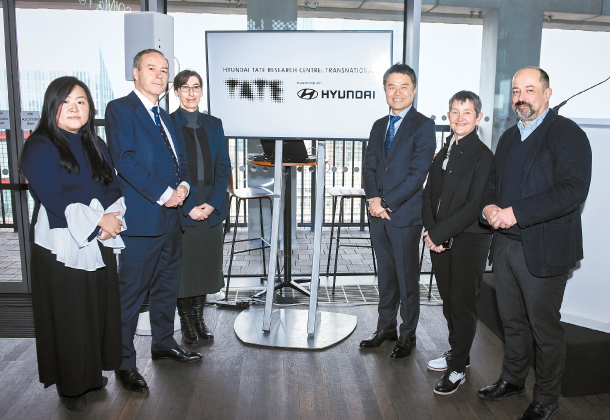 Hyundai Motor and Tate announced the launch of a new research center in the prestigious museum Friday that will focus on expanding its collections and programs to non-Western art, including those of Asia and Africa, at the Tate Modern, Tate Britain and its other branches.