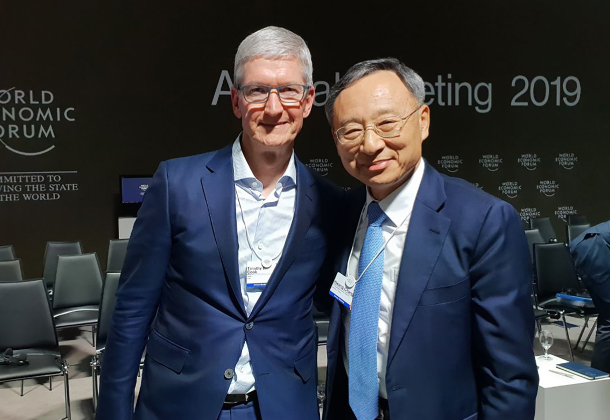 The head of KT, the country’s leading telecommunications provider, outlined the importance of 5G networks in driving innovation at the World Economic Forum in Davos, Switzerland, last week.

KT CEO Hwang Chang-gyu was invited to a meeting of the International Business Council, a community of 100 select highly influential executives around the globe, which was held on the forum’s sidelines.

Hwang said the adoption of the upcoming network system will play an integral role in processing autonomous driving vehicles and telemedicine systems.

5G refers to the fifth-generation mobile network that will succeed the current 4G network, which has been prevalent for about seven years. The network is expected to be commercialized in the first quarter of this year, according to KT.

The global elite meeting also acted as a get-together for the world’s renowned CEOs and academics. KT said Hwang spoke with Apple’s Tim Cook, adding that the Apple CEO pledged to visit Korea or invite Hwang to the United States to learn more about the 5G network. Rafael Reif, the president of the Massachusetts Institute of Technology (MIT), said he expected Hwang will lecture about 5G at the campus.

The KT CEO also promised to strengthen cooperation with Japan’s telecom NTT Docomo to run 5G during the Tokyo Olympic Games in 2020.