Paik played his first Spanish La Liga match against FC Barcelona at Estadi Montilivi in Girona, Spain, Sunday (local time). He came onto the pitch in the 86th minute to replace Alex Granell.

The 21-year-old attempted a shot on goal in the 89th minute, but was blocked by a defender. He played for about seven minutes until the final whistle. Girona lost 2-0 to Barcelona.

Paik is a product of Barcelona’s youth academy. He joined the Spanish giants’ youth club in 2010 and went onto play for Barcelona B. He moved to Girona in August 2017. 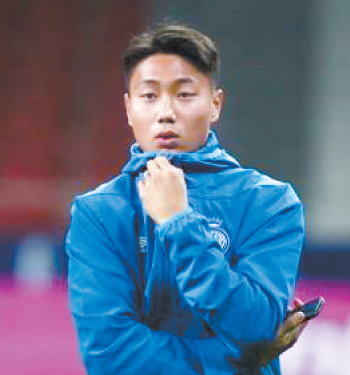 Paik is now the sixth Korean to play in a La Liga match.

He follows in the footsteps of Lee Chun-soo for Real Sociedad; Lee Ho-jin for Racing de Santander; Park Chu-young for Celta Vigo; Kim Young-gyu for Almeria; and Lee Kang-in for Valencia. Lee Kang-in made his league debut two weeks ago.

Paik made his first-team debut with Girona on Jan. 9 when he started against Atletico Madrid in the first leg of a Spanish Copa del Rey round of 16 match. He also featured in Girona’s Copa del Rey quarterfinal match against Real Madrid last week.

Paik has yet to represent Korea at the senior level. He has seven goals in 20 caps for the South Korean under-20 national team. He was Korea’s key player at the 2017 FIFA U-20 World Cup.