President Moon Jae-in’s new chief of staff has brought several positive changes to the Blue House since he was appointed to the post early this month due to Moon’s deep trust in him, according to several Blue House sources.

One high-level official said Monday that Noh Young-min tends to think farther ahead than his predecessor, Im Jong-seok. 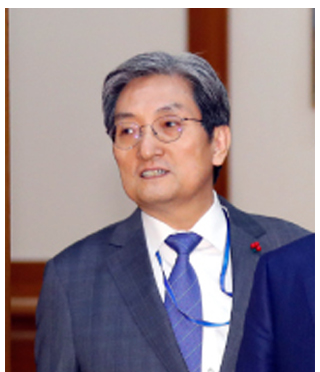 “Noh arrives in every meeting with a plan for every issue, and says at the end of every meeting, ‘I think we should handle the case this way,’” said the Blue House official, who spoke on the condition of anonymity.

For instance, with the case of avian influenza (AI), the source said the Blue House used to focus on speedy countermeasures only after an AI case popped up in the country. But now the Blue House is trying to prevent AI from appearing in Korea at all, as Noh is warning officials that bird flu is spreading in neighboring countries.

“I think I’ve come to realize why President Moon Jae-in has so much faith in him,” said the source.

Another Blue House official said Moon appears to have given a great amount of authority to Noh, who formerly served as ambassador to Beijing, to make decisions on his behalf. That is in line with Noh’s instruction to other Blue House officials to reduce their number of face-to-face briefings with the president so Moon can focus on other issues, the second Blue House source said, which would mean Noh would be receiving those briefings instead.

One of the first tasks Noh addressed since entering the Blue House on Jan. 9 was tightening discipline among Blue House workers. In a statement to Blue House staff on his first day, Noh urged them to act with a sense of restraint and order. Five days later, on Jan. 14, he told Moon’s secretaries to refrain from making “private and individual remarks” on social media, and, last week, he handed down a no-alcohol rule during daytime.

Noh, in turn, is said to have taken Moon’s instruction seriously when the president told him to meet with businessmen to help revive the sluggish economy.

In light of the fact that Moon’s order came as the president has been showing keen interest in the economy this year, a Blue House source said Moon is technically telling Noh to “lead the Blue House’s tone.”

Noh, a former three-term lawmaker who led the parliamentary Trade, Industry and Energy Committee, visited the Korea Federation of SMEs last Thursday and held a roundtable meeting with about 40 small- and medium-sized business CEOs.