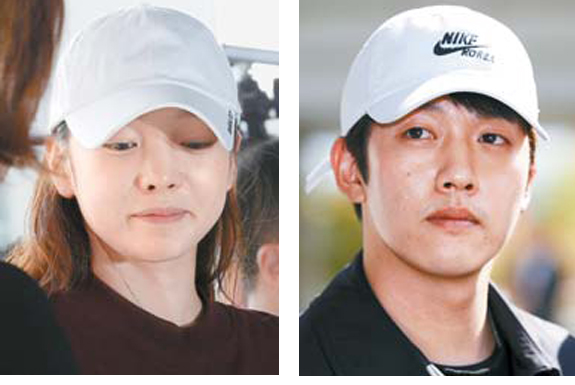 Prosecutors indicted the ex-boyfriend of singer Koo Ha-ra, left, on charges of assaulting and threatening her, while suspending the indictment of the singer Wednesday evening.

The Seoul Central District Prosecutors’ Office announced it had decided to indict Koo’s ex-boyfriend, a 28-year-old man surnamed Choi, for violating the Act on Special Cases Concerning the Punishment of Sexual Crimes.

Choi is accused of having injured Koo in September during a physical fight, and threatening he would distribute a sex video of them.

Although the alleged sex video was recorded with Koo’s consent, the prosecution found Choi had filmed parts of Koo’s body without her awareness in August.

Choi had also threatened he would end Koo’s life as a celebrity by reporting her to local entertainment news outlet Dispatch. According to Dispatch, Choi has reached out to them in an email with the subject line “I have information on Koo Ha-ra.”

The prosecution decided to suspend their case on Koo, concluding the injury inflicted on Choi was because he had started the fight by insulted and kicking her first. The prosecution also considered “Koo would have been under severe mental stress due to Choi’s threat to distribute their sex video.”