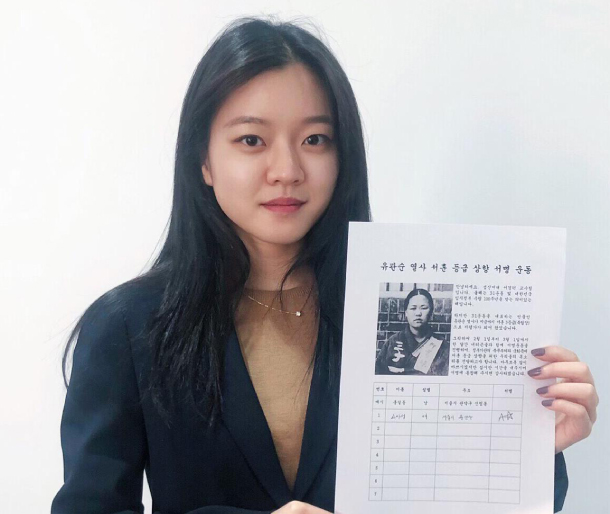 Ahead of the release of her film “Resistance: The Story of Yu Gwan-sun” on Feb. 27, actor Ko A-sung is encouraging people to sign a petition asking the government to honor independence activist Yu with a more prestigious Order of Merit.

“It was sad to hear that Yu, considering her past achievements [as an independence activist against Japanese colonial rule during 1910-1945], was only honored with the Independence Medal of the Order of Merit for National Foundation [considered the third-highest rank out of a total of five] in 1962,” Ko announced on Friday. “I’m honored to be the first person to add my name to this petition.”

This year marks the centennial anniversary of the March 1 Independence Movement against Japanese colonial rule as well as the establishment of the provisional government of Korea.

The upcoming film “Resistance: The Story of Yu Gwan-sun” will tell the story of Yu, played by Ko, and other female independence activists who were imprisoned at Seodaemun Prison in western Seoul and tortured by Japanese soldiers following the March 1 movement.