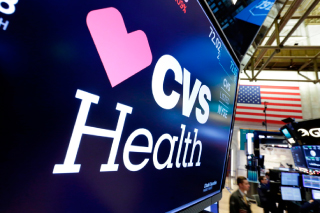 Ever since smartphones became ubiquitous, most people have learned their best angle. Because they have a certain distance and position in mind, selfies often turn out to be the same. Moreover, apps with automatic photoshop features and filters have become must-have items for selfies.

With the general public using filters and photoshop, the images of models promoting products undergo alterations beyond imagination. Dozens of photoshop specialists work on photos with various experiments to attract the attention of customers. The most satisfying photo is chosen to be used for ad campaigns. In some cases, models cannot recognize themselves.

In New York, a movement to drive out unrealistic images has started. CVS, the biggest health and beauty chain in the United States, is spearheading the trend. Since last year, it has started to note which photos are unaltered and which have been altered with photoshop and lighting.

Unaltered photos have a watermark known as the CVS Beauty Mark. The models in such photos have freckles or a little bit of flesh on the belly, accentuating natural beauty. CVS says that the stores are responsible for caring about the impact of unrealistic body images on young women, and while about 70 percent of stores follow the policy, all stores will take part by the end of next year.

The untouched photos are being unexpectedly welcomed by the public. According to Business Insider, Dove, a Unilever brand, has been using untouched pictures since 2004, and sales of related products increased from $2.5 billion in 2004 to $4 billion in 2017. Dove not only uses untouched photos but also product users rather than professional models to promote the products in the ad campaigns. Aerie, American Eagle’s lingerie brand targeting teens, saw a 32 percent increase in sales since it stopped using photoshopped photos. It also refrained from using unusually thin models. Customers appreciated the transparency. In the flood of information, natural beauty should have higher value, but it is not yet the case in Korea. The public seems to be swayed by what they see in photographs and videos.