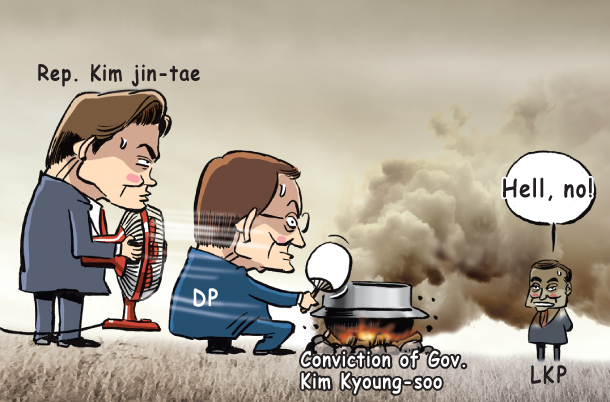 Rep. Kim Jin-tae of the opposition Liberty Korea Party (LKP) argued at a press conference on Thursday that the 2017 presidential election was invalidated as Kim Kyoung-soo was convicted for online opinion rigging. Kim Jin-tae is a lawmaker loyal to the disgraced former President Park Geun-hye. The ruling Democratic Party accuses the LKP of blowing smoke ahead of the next general election although its leader denies it.