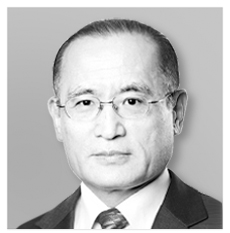 Since North Korea began nuclear development and showed a capability to strike the continental United States, the U.S. response has varied from hawkish to dovish, but within a certain range. However, the limits were broken after the inauguration of U.S. President Donald Trump. He first mentioned “fire and fury” and possible military action, then completely changed his position and instantly agreed to a U.S.-North Korea summit. At the summit, Trump signed an agreement that reflected North Korea’s position and mentioned suspension of U.S.-South Korea joint drills and even an impulsive withdrawal of the U.S. forces in South Korea (USFK). These surprising events were possible because Trump is the president of the United States.

Now, Trump and North Korean leader Kim Jong-un will meet again on February 27 and 28. Since Kim proposed a summit at the beginning of the year, the situation is making rapid progress. The summit was not scheduled according to usual norms. The summit date was set first and preparations are being made accordingly — call it the Singapore method. Kim is pursuing this method because he believes Trump is the only person he can talk to. If Kim is consistent, it is up to Trump to ensure the second summit produces a different outcome from Singapore’s: So we need to discuss the Trump variable.
Let’s look at the elements that affect the Trump variable. The first is his peculiar personality. A man of strong ego is confident in his judgments and negotiating skills. He pursues victory, results and populism. He makes impromptu, unpredictable decisions.

Second, Trump advocates an America First policy. He is so obsessed with the commercial interests of the United States that he looks down on Uncle Sam’s international responsibilities or alliances that U.S. leaders have cherished since World War II.

The third element is his political struggle. Special counsel Robert Mueller’s investigation into Russia’s involvement in the 2016 presidential election targets Trump. Now the Democratic Party holds a majority in the House of Representatives, opposition to Trump is ascending. New York district attorneys are also probing his business.

These three factors affect Trump’s moves, exposing both possibilities and risks. The good side is that he tries to be a troubleshooter by breaking conventions. The bad side is that he is unpredictable and tends to put the blame on others.

Until last year, there were aides around him to reduce the risks. But most of them are gone. The future of denuclearization and peace depends on Trump’s moves. At this critical juncture, Trump is virtually Korea’s representative. If you remember Singapore, it is hard to ignore the risk.

Let’s review possible scenarios we should be wary of. Trump may make excessive concessions, making compromises for the sake of U.S. interests and conceding interests of his allies. They could include a reduction to the USFK, strategic assets or military drills. Another scenario is to make small exchanges and package them as a great success. Then, challenges would go to the working-level talks. Yet it is hard to resolve complicated issues at the working-level, and another summit is unlikely. Then, the negotiations would turn to a deadlock.

Another scenario is that Trump’s political situation takes a very bad turn before the presidential election and during the deadlock. The special counsel investigation, offensives of the Democratic-controlled House, desertion of some Republicans and an impeachment process could hurt him. Then, a drive for negotiating with North Korea would weaken and hawks would gain voices. Then, North Korea would go back to the old pattern and consider a provocation while waiting for the results of the U.S. presidential election. Here in South Korea, debates on the negotiation outcomes would intensify. By then, South Korea would be in the middle of its general election.

We need to prepare for all the scenarios. First, optimism over Trump must be adjusted. There is an atmosphere of welcoming the Trump event. We need to acknowledge that his moves involve certain risks.

Second, we must distinguish where to encourage the U.S. president and where to discourage him. Korea’s demands and limits need to be clarified to facilitate our responses.

Third, there must be a South Korea-U.S. summit before a North Korea-U.S. summit. As Trump will negotiate for our national interests and our demands, limits should be conveyed to Trump. Kim Jong-un has already talked to Chinese President Xi Jinping. We should refrain from any actions that could undermine our alliance with the United States.

Fourth, we must prepare for the possibility of Trump’s position or attention diminishing following the summit. If follow-up negotiations end in a stalemate, he would not come forward and instead allow his diplomatic and security aides to become hawkish.

Fifth, we must establish multi-level channels with hard-line bureaucrats in the Trump administration, as well as with Republicans and Democrats to effectively respond to various scenarios. South Korea has relied mostly on Trump, who is favorable toward talks and kept the hawks distant. Now, in case Trump becomes less engaged, a wider net must be cast.

The fate of denuclearization and peace negotiations depends on the so-called Trump factors, and these variables fluctuate: This is the fact of the matter. South Korea must take advantage of possibilities and reduce risks. A critical moment is fast approaching.