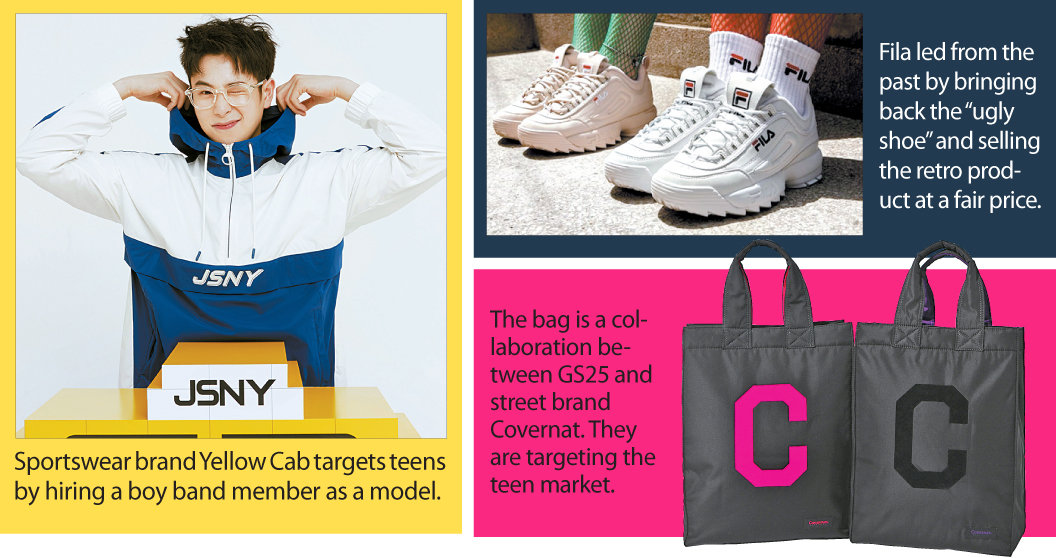 The New Year’s holiday is over and teenagers are flush after receiving money from relatives during the festivities. It is now time for the corporations to move in and find ways of marketing to this consumer class.

Only now, the process is becoming somewhat more complicated. Technology and changing attitudes are adding new challenges to the job of separating kids from their cash after the holidays.

It is also a more serious affair, as teenagers have more money to spend and are becoming fashion and trend leaders.

Kim In-hye, 15, is a middle school student. She buys her own clothes and cosmetic products. When her allowance is finished, she shops with her parents, but she chooses the items on her own.

When it comes to cosmetics, she mostly prefers low-priced domestic brands like 3CE or Etude House, but she occasionally shops for high-end foreign brands - like Bobbi Brown or MAC - with help from her mother.

Lee Si-on, a 16-year-old high school student, also enjoys shopping. He mostly uses online channels for purchases such as Musinsa, Mustit, Gmarket and 11st. Online retailers have a wide variety of items to choose from, and he finds good value for money on the internet.

“I buy clothes within the limits of my allowance, so cost effectiveness comes first,” said Lee.

Teens are big pockets in retail. But compared to previous generations, teens today have much stronger, individualized preferences and are active consumers making their own purchasing decisions.

In the past, the youngest target customers were 20. That was the age when people started to have disposable incomes. However, the bar is now falling and teens are becoming more important. 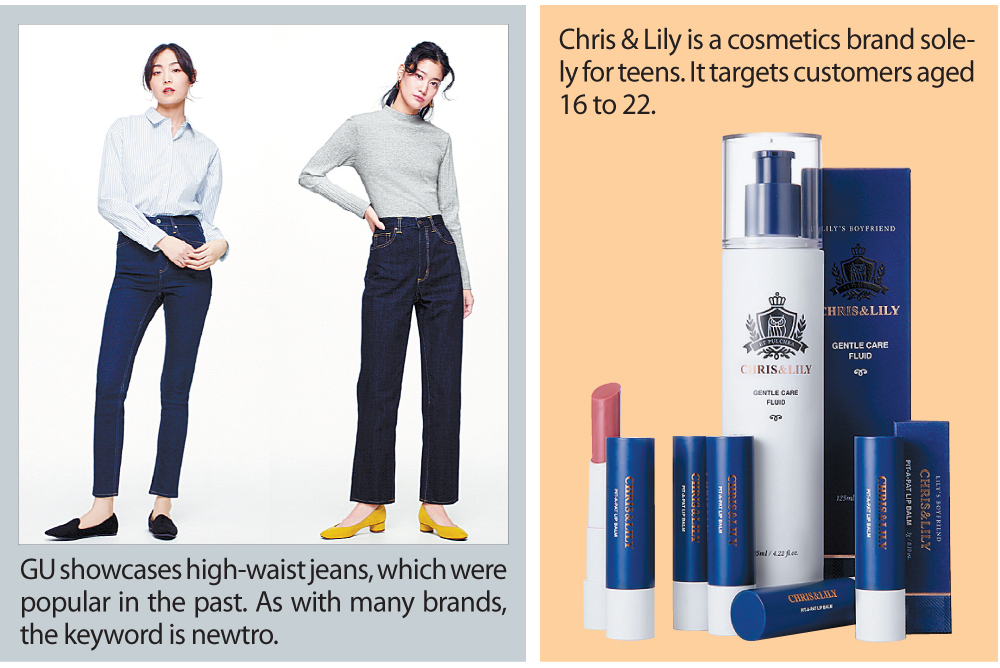 “This so-called eight-pocket generation grew up receiving gifts and shopping with their grandparents, aunts and uncles. They formed strong tastes and preferences,” said Chun Kyung-hee, a professor of consumer science at the Catholic University of Korea.

Another difference from previous generations is the existence of social media. Online platforms allow young consumers to share information about products and ways to purchase them at the best price.

Various industries are watching the purchasing power of teens.

The fashion industry leads. Shoe brands like Fila, Vans and Prospecs saw huge success recently by showcasing the so-called ugly sneakers at a relatively cheap price of 50,000 won ($44.50) to 60,000 won. Ugly sneakers are thick-soled, clunky shoes popular in the 1980s and 1990s.

Following the return of ugly shoes, other brands such as Columbia, Nepa, Eider, Tomboy and GU have expanded the lineup of “newtro” products, a portmanteau of new and retro.

“The success of newtro itself is proof that teens are leading the trend,” said a source from the fashion industry, adding that teens are the only generation that views newtro as something new.

Some brands have shifted focus to teens. Jill Stuart Sports, a fashion brand under LF, recently announced P.O., a member of boy band Block B, as the new model for its youth collection.

This spring, the company is rolling out its Yellow Cab collection with retro over-sized hoodies and sweat pants colored in bright yellow.

“The collection is popular among teens, so the rate of sales is sharply increasing,” said Son Kwang-ik, a Jill Stuart Sports official.

Cosmetic manufacturers have been showcasing brands solely for teens. Newly launched Chris & Lily targets those from 16 to 22 and differentiates itself with mild ingredients that are good for sensitive skin.

Teens are often targets of collaborative marketing activities as well.

Convenience store GS25 has recently started selling a limited-edition bag with Covernat, a street brand popular among teens, and ice cream brand Haagen-Dazs. Customers in their teens can buy a padded bag and a clutch at half price until the end of this month if they buy Haagen-Dazs ice cream.

“In February 2018, the wallets and eco bags created with the popular teen brand OiOi were all sold out, so we are planning this again,” said a GS Retail spokesman. “We cannot ignore the brand loyalty of these teens, as they are the main customers at convenience stores.”

Teen-targeting retail brands look forward to the Lunar New Year’s holiday and weeks after it. During that time, teens consume heavily using money given by relatives - a common practice for the large family gatherings in Korea.

The holidays are also followed by spring vacation and a new semester, so this is the best time for companies to push consumption for that age group.

Those between the ages of 18 to 24 account for 45 percent of members at the online shopping mall Musinsa. Musinsa has a New Year’s promotion that gives up to 80 percent discounts on 50 popular items until Feb. 11.

ABC Mart, a multibrand shoe retailer, offers a 10 percent discount on all products until the end of next month, targeting teenagers looking to prepare for the new semester.

Some experts say that teens should be seen as an invisible hand in the long term rather than as a seasonal big spender.

“The reason why the Z generation, born between 1995 and 2010, is important in the consumer market is because they consume with their parents,” said Choi Ji-hye, a researcher of Consumer Trend Center at Seoul National University. “Since parents actively listen to the younger generation, the types of brands teens prefer ultimately influence how parents consume.”