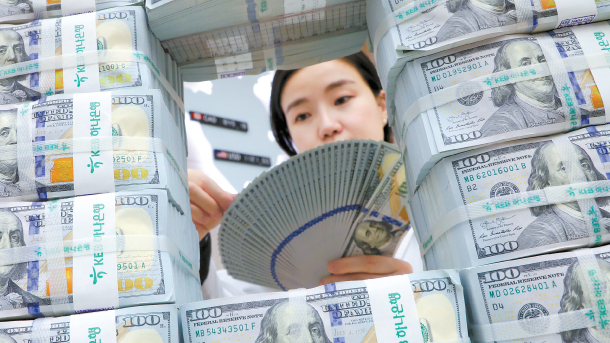 An employee at KEB Hana Bank in Myeong-dong, central Seoul, on Friday counts dollars. The Bank of Korea announced Friday that as of the end of January, Korea’s foreign reserves totaled $405.5 billion, breaking the record from December last year. Foreign reserves have been rising for three consecutive months. [YONHAP]