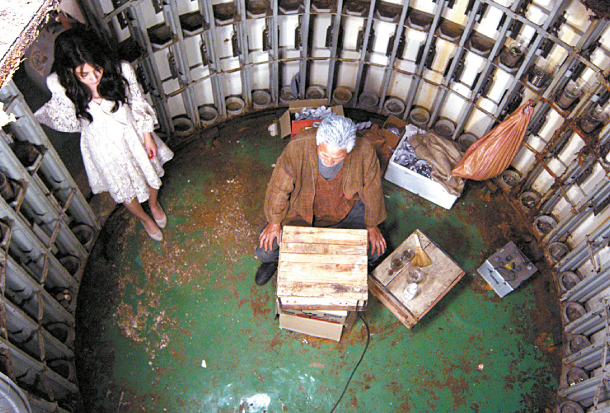 After the Yubari International Fantastic Film Festival announced last week that it would open with the disgraced filmmaker’s latest movie, “Human, Space, Time and Human,” a women’s organization in Korea demanded the festival withdraw its decision.

Starring Mina Fujii, Jang Keun-suk, Ahn Sung-ki and Ryoo Seung-bum, the drama follows people of various ages and occupations setting sail on a warship. After a night of drinking, drugs and sex, they wake up in an unknown place. Over the course of their journey, they explore the limits of humanity and morality.

The movie premiered in the Berlin International Film Festival’s noncompetitive category last year, but immediately caused an uproar from viewers who questioned the film’s portrayal of women.

“Half an hour in and the only two women in the ensemble who are not sex workers have both been gang-raped by at least five different men,” Variety wrote on the film review while describing it “unconscionable.”

The review is in line with the criticisms that have been following Kim since an anonymous actor stepped up in 2017 to file a complaint against the director for forcing her to shoot explicit scenes for “Moebius” (2013) by slapping and coercing her to touch another actor. A slew of other actors followed suit amid the spread of Me Too revelations, and shared on an episode of MBC’s “PD Notebook” that they also suffered while working with Kim. The director denied the reports and filed a defamation suit against the actors in June. Last month, a court found the actors innocent.

Following the announcement, Korea Womenlink, a major liberal women’s rights group released a statement. “In 2017, Yubari International Fantastic Film Festival invited a film starring someone who had committed sexual assault,” it read. “The festival has, again, picked director Kim Ki-duk’s movie as the opening movie, and it now seems like it is the festival’s will to stand on the side of assailants.”

The statement further explains that filmmakers accused of sexual assault are able to continue working despite the accusation against them because they are being supported and invited to such film events.

“Human, Space, Time and Human” was originally scheduled to arrive in local theaters last April, but it was withdrawn after the allegations against Kim surfaced. Ever since, Kim has limited his activities in Korea, and is reportedly working on a project in Kazakhstan.