A panel of six experts from the United States, China and South Korea discuss North Korea’s denuclearization process at an academic conference hosted by the Chey Institute for Advanced Studies Thursday. The discussions were moderated by South Korea’s former ambassador to the United Nations and inaugural Chey Institute President Park In-kook. [CIAS]

Sanctions on North Korea will remain in place until the country denuclearizes, U.S. Ambassador to South Korea Harry Harris said at a security forum in Seoul Thursday.

With just over a week left until U.S. President Donald Trump is set to meet North Korean leader Kim Jong-un for a second time at Hanoi, Vietnam, Feb. 27-28, Harris reiterated his government’s stance on its negotiations with Pyongyang at a keynote speech of a conference hosted by the Chey Institute for Advanced Studies (CIAS). Harris said, “a final, fully verified denuclearization of [North Korea] as committed by Chairman Kim in Singapore” remained the United States’ primary objective.

If this is realized, a “brighter, more secure and more prosperous future” awaited the North, he said, echoing what both Trump and his Secretary of State Mike Pompeo said on numerous earlier occasions.

Perhaps to allay any differences in opinion on approaches to the North between the United States and South Korea, Harris said the two allies were “in complete agreement that sanctions will remain” until the North denuclearized.

This relatively routine speech by the ambassador, however, was followed later that day by more frank dialogue from a coterie of multinational experts on the matter. They included former U.S. officials like Joseph Yun, the direct predecessor to the current chief U.S. negotiator in talks with North Korea, Special Representative for North Korea Policy Stephen Biegun.

In a panel discussion with five other experts that included former U.S. State Department special advisor for nonproliferation and arms control Robert Einhorn, Yun stressed the stakes at the Hanoi summit were high given the two leaders were under pressure to deliver a more concrete outcome than their first meeting in Singapore last June. 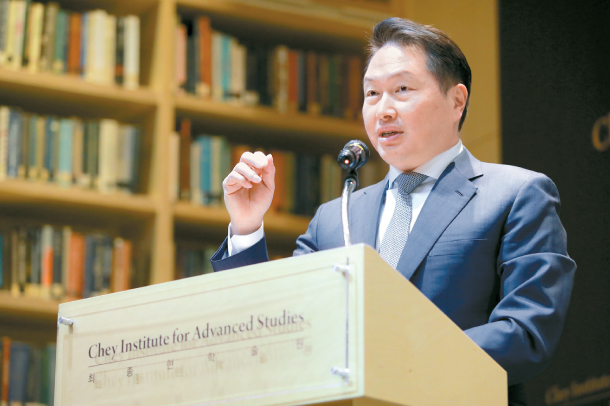 Both Yun and Einhorn said one of inherent flaws in that meeting, as well as the ongoing engagement process between Washington and Pyongyang, is in their different definitions of denuclearization, something which fundamentally hindered agreement for a realistic roadmap on the process.

While the consensus among most of the panel members was the upcoming Hanoi summit remained something of mystery, the result most likely to emerge would only partially address the U.S. demand for a complete dismantlement of the North’s nuclear program. This is what the media and experts alike have often referred to as a “small deal.”

Yun referred to this as denuclearization “side-by-side,” in which the United States would provide tit-for-tat reciprocation. This could include the partial relaxation of economic sanctions, humanitarian aid, the opening of liaison offices on both sides and a declaration to formally end the 1950-53 Korean War.

What was necessary, he said, was that the two sides hammer out a systematic framework for future progress, something that can “bridge the gap between the North Korean and U.S. vision” of what denuclearization means.

If this fails, and “there is nothing to hand over to the next [U.S.] administration, we will repeat this cycle again,” Yoon warned, highlighting the critical nature of the Hanoi summit in producing the concrete results that critics attacked Trump for being unable to get in Singapore.

In the same discussion, Einhorn said the United States and its partners should continue to press for complete denuclearization but should also “begin thinking about a Plan B,” that is, a course that would “cap and reduce” the North’s nuclear capabilities and maintain negotiations without setting a precise deadline.

One example Einhorn gave, which he already mentioned to the JoongAng Ilbo in an interview earlier this week, was to call for a declaration of all nuclear processing, testing and enrichment sites from the North without demanding it dismantle all of these right away.

But mentioning such a “Plan B” remains anathema to policymakers at the moment, he said, “because doing so could be a self-fulfilling prophecy.”

“Sooner or later,” he added, “governments will have to face up to the choices,” even if they may not be the most attractive options politically.

In the meantime, the panel members mentioned a variety of concrete steps toward denuclearization the North could commit to in Hanoi, including dismantling its nuclear sites at Punggye-ri, Dongchang-ri and Yongbyon, making a commitment to stop producing fissile material, and listing testing and production areas which could later be subject to IAEA inspections.