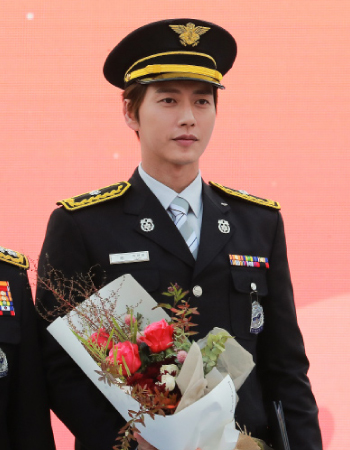 Actor Park Hae-jin has been cast in the upcoming drama, tentatively titled “Secret,” and is set to start filming the series soon.

Written by Lee Seon-yeong and directed by Oh Jong-rok, the drama revolves around several ambitious characters who gather at a place called “Forest” to heal their unwanted, painful memories of the past.

In the series, Park will be playing Kang San-hyeok, a member of a special emergency rescue team who works on a helicopter. Although he seems to lead a perfect life, San-hyeok suffers as he tries to evade his memories.

The character is a good match for Park, who has been involved in volunteering activities for firefighters since 2016. Last year, he was appointed the honorary ambassador of the Korea National Fire Agency.

Park held a fan meeting at Toyosu PIT in Tokyo Monday ahead of Valentine’s Day and met with around 1,000 Japanese fans.